Wyoming Gov. Mark Gordon has announced the appointment of Gordon Knopp as the state’s new chief information officer and head of the Enterprise Technology Services department. 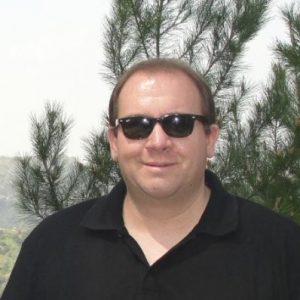 Knopp, who will begin on March 5, is currently the CIO and director of technology of Laramie County School District, the largest in the state. He’s held the role for nearly 17 years, overseeing a $3.2 million budget and 45 technology staff.

The appointment, announced Feb. 14, will be Knopp’s first at any level of government, according to his LinkedIn page.

Knopp will replace Tony Young as CIO, who assumed the role in Sept. 2017 under Gov. Matt Mead. Young had focused much of his effort into developing the state’s 100-gigabit network and legacy technology with Dan Young, the state’s CTO.

“The biggest problem we’re running into — and so are a lot of other states — is the workforce that supports the mainframe is kind of a dying breed,” Young said.

Knopp told StateScoop he’ll focus on the businesses operating inside state government before establishing his priorities.

“I want to understand the ins and outs from the people inside of ETS, and also from the other agencies,” Knopp said. “I’ll visit with the governor and other members of the governor’s Cabinet, and we’ll put together a strategy that makes sense for Wyoming moving forward.”

Editor’s Note: Comments from Knopp and additional details were added shortly after publication.