Accelerating economic mobility, advancing equity and creating better living conditions for residents are goals that drive much of state spending, but how do states know if their investments are going to be effective? Increasingly, states are developing data-driven and evidence-based practices to determine where to get the highest returns on their investments, according to the nonprofit Results for America.

In collaboration with the National Governors Association, the organization on Thursday announced the recipients of the 2022 Invest in What Works State Standard of Excellence, which the groups called a “national benchmark” and a “North Star for how state governments invest in what works.”

Connecticut was recognized for creating a team dedicated to coordinating and evaluating spending received from the American Rescue Plan Act, while Tennessee allocated $135 million to evidence-based summer learning programs to support students who fell behind in their learning during the pandemic.

“In this year’s State Standard of Excellence, we saw a significant acceleration of efforts by state leaders across the country to build evidence and use it to invest in what works,” Results for America CEO Michele Jolin said a press release. “States are investing their own funds as well as federal funds to build and strengthen their evidence and data capacity, and investing in evaluations to help ensure they are delivering the best results for their residents.” 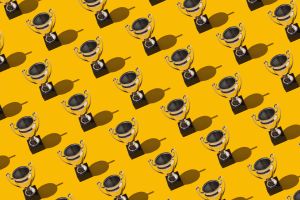