Youssef Kalad serves the City of New York as Program Director of NYCx, the emerging technology & innovation program within the Mayor’s Office of the Chief Technology Officer. In this role Youssef splits his time between policy and hands-on operations, advising senior staff on a wide range of technology policy issues and designing practical citywide experiments to deploy and test emerging technology with the potential to deliver one major City priorities. His focus areas have spanned automation & the future of work, transportation, new mobility & autonomous vehicles, clean energy infrastructure, universal broadband, and Census engagement, among others. Prior to local government, Youssef served stints at Google and Uber, leading initiatives in strategy & operations, product planning, and rigorous experimentation while spending time abroad in India and Canada.

Kalad announced on September 27 — after voting had concluded and winners had been selected — that he was leaving the New York City Mayor’s Office of the Chief Technology Officer. 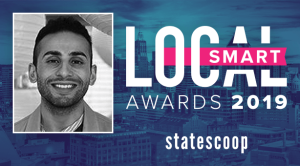