Vermont Chief Information Officer John Quinn plans to step down this month after more than five years leading IT there, including the creation of a centralized tech agency for the Northeastern state.

Quinn told StateScoop Friday he is taking a job with Government Sourcing Solutions, a consulting firm that advises tech vendors on dealing with state and local governments’ procurement processes. He started in Vermont government in 2001 on the state’s IT help desk, rising through the ranks over the years until 2017, when Gov. Phil Scott named him as CIO and inaugural secretary of the Agency of Digital Services, which was created to consolidate tech governance across state government.

“Every year got a little better from a stability standpoint, funding standpoint, team cohesiveness working together and centralized approach to how we were going to solve enterprise technology,” Quinn said.

Since its creation, Quinn’s agency has trimmed the state’s portfolio of applications from about 1,500 down to 1,100, saving the state about $30 million, according to Scott’s office. It was also responsible for finding the solutions to steer Vermont through the COVID-19 pandemic, which Quinn said was made somewhat easier by having conducted a thorough inventory of Vermont’s tech assets and architecture.

“When COVID came around, we knew where things fit together,” he said. “We knew where case management was, communications tools, security tools needed to be deployed for remote work. We had all of those things ready. It made our response that much more effective.”

Quinn said consolidating tech governance was one of Scott’s top priorities upon taking office in 2017. As a member of the governor’s Cabinet, Quinn said he had regular access to Scott and his staff, as well as his fellow agency secretaries.

“That type of team approach has really been instrumental to the success,” Quinn said.

In a press release, Scott credited Quinn with “working to better coordinate efforts across state government, break down silos, make government more efficient and deliver better customer service.” The governor also noted ADS’ actions during the pandemic, crediting it with building 30 new digital government programs, including a pandemic unemployment assistance application that was built in less than two weeks, allowing Vermont to be one of the first states to checks to displaced workers.

In his new role with Government Sourcing Solutions, Quinn said he plans to lean on his experience as a state IT leader and the relationships he’s gleaned through organizations like the National Association of State Chief Information Officers. “I think I have not only Vermont experience but national experience, leaning on my peers across the other states and knowing where they excel and what their weak points are,” Quinn said.

Quinn said he was recruited to his new job in large part because of his experience dealing with state legislators and other high-ranking government officials. Most recently in Vermont, that’s involved securing an IT modernization fund that’s being tapped to carry out major upgrades on systems across government, some of which date back decades. The fund, which now has $133 million, is expected to be used in the coming years on new platforms for unemployment insurance, the state Department of Motor Vehicles and fire safety, as well as the replacement of a 20-year-old enterprise resource planning system.

Agencies are now also in the process of drawing up five-year IT plans, Quinn said.

“There’s a lot to be said for how the legislature, the administration sees IT fitting into the bigger picture,” he said.

Quinn’s last day with Vermont is Sept. 16. Shawn Nailor, the deputy secretary at ADS, will lead the agency on an interim basis, according to Scott’s office. Nailor is a 35-year government technologist who’s been “part of the team” since the agency’s founding, Quinn said.

While Quinn said he has “every confidence” in ADS after he steps away, he’ll miss the way a state IT agency can touch residents.

“I think it’s the direct impact we can have on my friends and neighbors and fellow Vermonters,” he said. “To know we had a hand in helping them get through their process. It’s really satisfying to know that even though we’re an internal agency, we have an outward effect.” 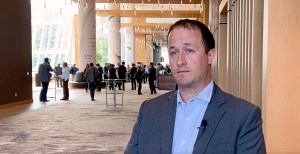