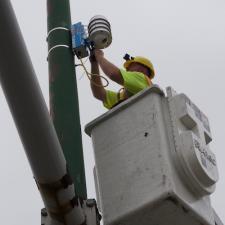 Advertised as a network of sensors designed to help citizens, researchers and policymakers better understand how their city is functioning, Chicago’sArray of Things project represents the emergence of both of a single city’s technological maturity and a nationwide Internet of Things trend. Sensors collect data on temperature, barometric pressure, light, vibration, carbon monoxide, nitrogen dioxide, sulfur dioxide, ozone, ambient sound intensity, pedestrian and vehicle traffic, and surface temperature. Chicago plans to publish the data collected on the citys open data portal and Plenario.

With just six of a planned 500 sensors active as of January, the value that such a network can deliver is still to being studied. Funded by the National Science Foundation, Chicago Chief Information Officer Brenna Berman calls the project an urban-scale research instrument.

The first data sets from the network are scheduled for publication in early 2017. 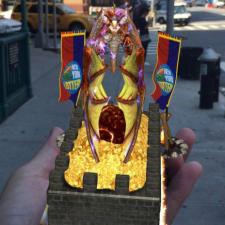 The addition of AR was a natural progression for the lottery, said Gardner Gurney, the commissions lottery director. Gurney added that the app is just one part of the lotterys efforts to expand into new technology, as the state surveys user habits.

Though AR has existed for years, the runaway popularity of Pokmon GO since the mobile phone app’s launch in July has prompted government interest in several other niche use cases. Some municipalitiesbegan using theNiantic game itself as a means to draw people to libraries and parks, while cities like Palm Springs, California, used AR to underpin new tourism and transportation apps. 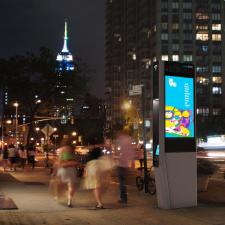 Cities across the country have been looking for a way to maximize Internet connectivity for decades, but New York City may have found the sweet spot.

In a partnership with CityBridge a NYC-based consortium comprised of Intersection, CIVIQ Smartscapes and Qualcomm the city is expanding its public Wi-Fi presence by replacing city pay phones with kiosks that allow citizens to access the Internet, make phone calls, charge devices, and access a tablet displaying maps and information on city services.

The service comes at no charge to the taxpayer and is funded by the city’s partners, with supplemental income generated by advertising on the kiosks themselves.

The effort has not been without its challenges. Councilmember Jimmy Vacca held a hearing in November to examine whether or not the rollout of the kiosks has unfairly focused on New Yorks wealthier boroughs. Both Brooklyn and Staten Island each had only two kiosks, according to an audit in August.

CIVIQ Smartscapes has since announced new partnerships to erect kiosks in both London and Chicago. 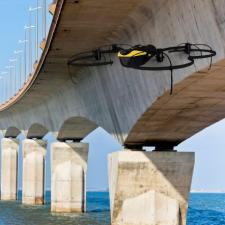 Drones are a natural fit for work that tends to be dangerous, dirty or difficult and thats probably why bridge inspections are one of the first places governments are employing their use. Minnesota, Connecticut, Michigan and Ohio are among the first states to experiment with drones for bridge inspection, and officials cite greatly decreased costs and faster turnaround times as leading motivators for deployment.

The Ohio Turnpike and Infrastructure Commission unveiled plans to begin using a $35,000 Albris drone from Sensefly in September. The vehicle is equipped with thermal imaging and 3-D mapping capabilities along with a high-definition wide-angle camera system that make it ideal for inspection work.

Drones are quickly entering the mainstream. The machines are no longer prohibitively expensive nor difficult to operate. The aircraft are also reliable,but as Ohio accidentally demonstrated during a recent media event, theyre not 100 percent reliable. Shortly after the live demonstration was completed, the drone lost power, crashed into the Sandusky River and was not recovered.

Such anecdotes are not deterring interest from the retail, food and agriculture sectors, however, as drone sales have more than doubled in recent years, and companies like Dominos Pizza and Amazon are experimenting with the technology as means to expand their businesses.

by StateScoop Staff • 3 weeks ago
Special

How to improve security practices with better data insights