The U.S. Labor Department on Thursday announced it will give states $240 million to help modernize their unemployment insurance systems in an attempt to reduce the fraudulent activity that ran rampant during the COVID-19 pandemic.

While the department noted in a press release that emergency assistance programs funded across rounds of pandemic relief helped U.S. workers through the crisis and injected nearly $800 billion into the economy, it acknowledged that the coronavirus emergency “exposed longstanding challenges” with unemployment systems.

Since the early days of the pandemic, states’ unemployment systems were ripped off by fraudsters who used real people’s personal information — often culled from earlier data breaches — to file phony claims. Programs like the Pandemic Unemployment Assistance fund, which was created to help keep freelance and gig workers afloat through economic shutdowns, were among the most frequently targeted.

Many states have acknowledged distributing hundreds of millions of dollars in false claims, along with efforts to recoup that money. The criminal activity has also led to numerous indictments, such as one in June by a federal grand jury in Seattle, which accused a Nigerian national of carrying out a scheme that exploited features in Google’s Gmail system that allowed him to use variations on a single email address to evade fraud-detection measures.

The Labor Department’s inspector general estimates that nationwide, states have paid out at least $87 billion in phony claims since the start of the pandemic, though outside assessments have run as high as $400 billion.

“The pandemic underscored the need for modernization of the 53 different systems that administer unemployment insurance benefits in the United States, and it exposed significant vulnerabilities in state technology to criminals looking for an opportunity,” Labor Secretary Marty Walsh said in the press release.

The $240 million being given to states will come in the form of $140 million in grants funded by the American Rescue Plan, the $1.9 trillion relief package President Joe Biden signed in March, with the rest coming from leftover funds from 2020’s CARES Act, which created the pandemic unemployment programs. The money, once distributed, is intended to be spent on immediate anti-fraud measures like identity verification technologies, as well as modernizing “antiquated” state systems.

Since the start of the pandemic, many state governments have scrambled to scale up and upgrade their unemployment programs to meet the moment. Early weeks of the crisis saw officials like New Jersey Gov. Phil Murphy pleading for coders fluent in COBOL, the old programming language that undergirds mainframe computers. More recently, other states, including Colorado, have switched on new cloud-based systems or used artificial intelligence to clear claims backlogs that stretched to the hundreds of thousands, as Wisconsin officials described this week.

Along with the anti-fraud funds, Labor Department also announced that it will give states $260 million in Equity Grants — another American Rescue Plan program — to improve access and service for lower-income claimants. 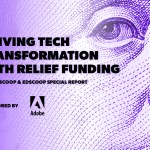 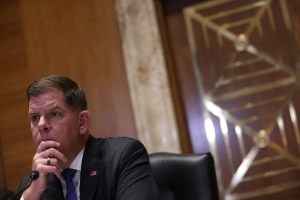 State unemployment systems to get $240M from Labor Dept.