The Consortium for School Networking’s annual 2018-2019 report shows that 69 percent of school technology administrators are “very confident” in their wireless networks’ abilities to support one device per student, an increase over the 58 percent reported the previous year. Most schools are now meeting the Federal Communication Commission’s minimum broadband requirements, while 35 percent are now achieving the agency’s long-term goal of 1 gigabit per second per 1,000 students, a near doubling over the previous year.

“These strides demonstrate the impact of the E-Rate modernization, as well as state investments in rural broadband,” said Keith Krueger, CoSN’s chief executive, in a press release. Krueger encouraged policymakers to continue their focus on rural broadband.

Interest in the divide between rural and urban broadband connectivity has grown among state leaders in recent years. There are now at least 20 states operating statewide broadband offices. Oregon and Washington are two of the most recent states to establish broadband offices; governors of each earmarked funding for offices and rural broadband projects in their 2019-2021 budgets proposed last month.

Read the full story on EdScoop.com. 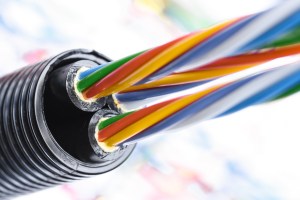