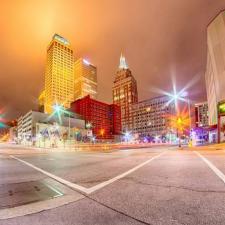 As one of the many cities that lost to Columbus, Ohio, in the 2016 U.S. Department of Transportation Smart City Challenge, the City of Tulsa, Oklahoma, had a detailed plan for what it intended to do with the millions it would have collected in prize money and private investment from excited companies seeking to pile onto the city’s exposure. And like many losing cities, Tulsa didn’t get to do everything in its plan, but its smart city initiatives have remainedalive and well.

In addition to a wide range of smart city projects involving transportation and other areas,the city is running a program calledUrban Data Pioneers.Volunteers are diving deep into municipal data, analyzing population growth in neighborhoods and identifying trends in public health and education. The findings are informing policy change with strong support from the office of Mayor G.T. Bynum.

The city’s work was recognized in April by Cities of Service, a nonprofit organization founded by Michael Bloomberg, as one of 10 finalist cities from around the world that has creatively tapped “the wisdom, talents, and energy of community members to solve public problems.”

Hear more about the city’s data and smart cityeffortsstraight from Mayor Bynumhimself, in a commentary piece written for StateScoop. 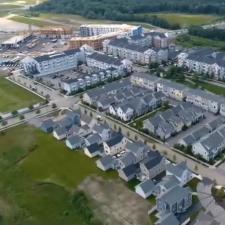 Union Point is a community now being built from the ground up just a 20-minute train ride south of Boston. Stretching across parts ofAbington, Rocklandand Weymouth, the 1,400-acre projectwill include infrastructure for electric vehicles, rooftop solar, smart buildings and Internet of Things devices from the start. When completed, it will have 4,000 private residences, 8 million square feet of commercial space, 1,000 acres of open space, and 50 miles of hiking and biking trails.

Only about 25 percent of the housing has been completed, and so far it looks similar to any number of other master-planned communities, but its developer, LStar Ventures, has grander ambitions.

Proposed as an upscale and hip community with a heavy focus on environmental sustainability, LStar is banking on a new generation monied tech workers and entrepreneurs who want to live somewhere different somewhere progressive and connected.

UP will be a market-changing development and an unparalleled experience for the regions tastemakers the communitys marketing copy reads. From choreographed retail shops and distinctive culinary experiences, the socially-connected generation will come calling.

The first phase of building is scheduled for completion by the end of 2018, but the entire project probably wont be completed for another 15 years. Along the way, the project will supply lessons for other smart cities, both built from scratch and retrofitted. It also provides a valuable case study that shows whether building a tech-enabled community from nothing will prove out as a scalable concept for a ballooning global population or remain a niche living environment for the highfalutin tech elite. 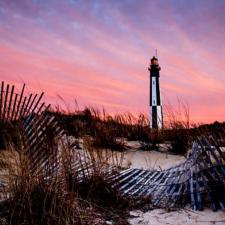 In an industry driven by sensors that collect data to support asset management and enterprise operations, Virginia Beach and several of its neighbors in Hampton Roads provide an outstanding example of how smart city tech is emerging also as a supporting tool for emergency management and public safety.

As part of a program called StormSense, started through a National Institute of Standards and Technology smart cities grant, Virginia Beach has installed 19 water-level sensing stations on its bridges. The stations use ultrasonic sensors to detect and relay water levels to a cloud-based platform operated by the city every six minutes.

So far, the data is used primarily by emergency managers and can also be accessed publicly through an Amazon Alexa skill created by the city, but Sridhar Katragadda, a systems analyst with the City of Virginia Beach, told StateScoop there are plans to integrate the data into existing public alert systems to help warn the public during seasonal storms.

Between Virginia Beach, Newport Newsand Norfolk, there are 26 devices installed throughout the region. Though still in early days, the project represents an evolution in how both residents and government officials can stay apprised of environmental conditions in near real time. 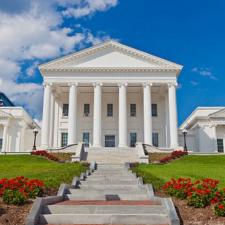 Gov. Ralph Northam, who took over from fellow Democrat Terry McAuliffe in January, is still shaking out his Cabinetss tech positions, but hes continued the previous administrations work on modernizing Virginias communities, especially in its more remote areas.

And for good measure, the state recently won one of the Smart Cities Councils Readiness Challenge Grants for its smart communities programs, including rural broadband access, interoperability standards, and improving cybersecurity and data privacy in local government systems.

The work funded by the grant is expected to build on the recommendations made by the Virginia Smart Communities Working Group, which McAuliffe created last August. The groups November report made recommendations for all kinds of government services, from healthcare and public safety to transportation and waste management. If all the recommendations are acted upon, towns and cities in Virginia might start upgrading their sewer systems and bus routes with robust datasets and internet-connected technologies.

Those upgrades would just be Virginias latest investments in outfitting its agencies with Internet of Things technologies the state also recently won a $4.8 million grant from the U.S. Department of Homeland Security to outfit its first responders and commercial buildings with equipment like thermal scanners, 360-degree imaging, and aerial drones. 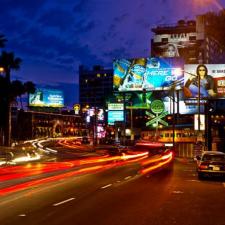 Its easy to forget that this 34,000-person community is actually an independent city bounded on nearly all sides by Los Angeles, and thus often has to fend for itself when moving toward the future. Earlier this year, West Hollywood unveiled an attempt to do just that with the launch of a comprehensive smart city plan.

The West Hollywood plan hits many familiar notes the creation of an open data portal, more data collection, and new energy-efficient street lights but the program also puts the two-square-mile city in a small group of communities with a consolidated plan defining its smart city goals.

Its an ambitious agenda for a small enclave thats surrounded by but not part of the second-biggest city in the United States. But in a few years, West Hollywood hopes, itll be a bustling hub of integrated transit options, mobile payment transactions, and enough Internet of Things integrations to make it the model California city. At least, thats what the graphic novel in the strategic plan reaches for. 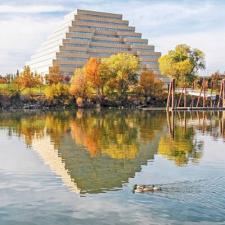 West Sacramento, the little brother of the states capital, is worth watching for a couple reasons. One is that its growing fast the population has jumped from just 30,000 residents in 2000 to now more than 50,000 in 2018. Its also one of 23 communities that was selected in April to participate in the second cohort of a Smart Cities Collaborative program led by the Transportation for America, a policy group aimed at promoting investment in smart, locally driven transportation.

Between hands-on support for innovative technology programs from the administration of Mayor Christopher Cabaldon and the potential for technology initiatives to shape critical high-growth years, West Sacramento could provide the nation an instructive case of how smart city technology can support growth and solve social challenges that limit a citys potential.

The public is on board too voters recently approved a sales tax hike that will partially fund smart city projects. Already the city uses smart water meters and predictive analytics for law enforcement. Through improved use of data, city leadership now hopes to counter a reputation that its parks are too dangerous to visit and better track and assist its homeless populations.

During a readiness workshop in February led by the Smart Cities Council, West Sacramento leaders and community members joined to work on four key areas: mobility, public safety, the built environment and communications, all with a shared theme of projects that improve peoples lives.

Cabaldon told StateScoop his office is taking a comprehensive tact to West Sacramento’s smart city initiatives in hopes of creating “the smartest small city in America.”

For more on his vision, see our interview with West Sacramento Mayor Christopher Cabaldon.

Voting has opened for the 2021 LocalSmart Awards

by StateScoop Staff • 1 week ago
Special