In a LinkedIn post, Cushman wrote that he will be hiring and training a replacement to take over IT security for the roughly 10,000-employee city government when he steps down in the third quarter of this year.

Cushman joined the city government in August 2019, following nearly two decades as a security director at Microsoft, including several years with the tech giant’s video-messaging subsidiary Skype. He was brought on not long after his predecessor as CISO, Andrew Whitaker, disclosed to city IT leaders that there were roughly 21,000 unpatched “critical” vulnerabilities on systems across Seattle’s 37 municipal agencies. Those holes were discovered as a result of Seattle’s IT consolidation process, though it fell to Cushman to close them.

Cushman has otherwise kept a low profile as CISO, though last October, he was one of the first city cybersecurity chiefs to join the new Coalition of City CISOs. 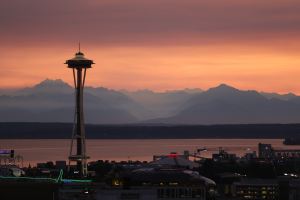