The $500,000 expansion of the city’s existing connectivity program, called “SD Access 4 All,” will also provide 900 new mobile hotspots and several hundred laptops that residents can check out at libraries around the city. A new interactive map on the city’s connectivity website can direct residents without reliable at-home Wi-Fi to any of the city’s new public Wi-Fi zones, which can be found at libraries, parks, recreation facilities  and other outdoor locations.

“This major expansion of free Wi-Fi across our city is about equity and ensuring every San Diegan has a chance to succeed,” Gloria said in a press release. “Far too many San Diegans have been held back because they have no internet access. This is a first step toward righting that wrong by providing free Wi-Fi at hundreds of locations as well as providing new tools at libraries – from laptops to mobile hotspots – to help residents get connected.”

Closing local digital divides has been top of mind for many mayors around the country this year, though Gloria’s 2022 budget is especially geared toward “access to technology and the Internet to expand library program usage and help San Diegans compete for 21st century jobs,” the city said.

AT&T and Cox Communications reached agreements with the city to provide the connectivity, with the former recently announcing a nationwide mobile hotspot program to enable K-12 students to connect to the internet in 26 states. 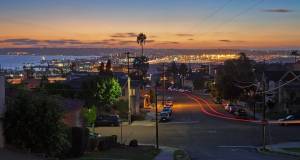