While Philadelphia has received millions of dollars over the last year in grants and capital funds to upgrade its intersection traffic control system — and has been working on integrating it with an intelligent transportation system for more than a decade — the city says it’s still at least 15 years out from completing the modernization project.

On Friday, Pennsylvania Gov. Tom Wolf announced that $14.5 million generated by the state’s Automated Speed Enforcement grant program would go to four projects — but only $1.5 million of that is going towards upgrading Philadelphia’s traffic control systems and integrating them with an intelligent transportation system.

There are other funding sources, too, but despite the money being thrown at the effort to build out both a network and centralized control operation for the signals, progress has been slow.

According to the city’s 2022 ASE grant application, only half of Philadelphia’s 3,000 traffic signals controllers have been upgraded with ability to connect to the city’s network.

“As the City of Philadelphia builds a centrally located Traffic Control Network, the last mile of previous arterial upgrades must be connected, thus enhancing the City’s communication infrastructure,” reads the grant document supplied to StateScoop by the Pennsylvania Department of Transportation.

This “last mile” includes several stretches of road throughout the city, but this is just one piece of the years’ worth of work the city has put into bringing its traffic control system into the digital age.

A 2010 report from the Delaware Valley Regional Planning Commission on the concept of building out Philadelphia’s Traffic Operations Center shows the city has been attempting to systemize its traffic signals since the 1990s. The report describes the manual process of adjusting timings of old signal controllers as “onerous.” Connecting the signals to the city network would eliminate this antiquated programming and allow the timings to be dynamically synced with peak times, or set for weekday or weekend conditions.

Where is the money going?

In addition to ASE funding program, Philadelphia last year received funds from two of the three other grants programs PennDOT administers for municipalities looking to upgrade their traffic signal systems. The city received nearly $13 million through PennDOT’s “Green-Go-Program” specifically for upgrading its traffic signals system. It received another $7 million at the beginning of this month through the Automated Red-Light Enforcement, or ARLE, program. This brings the state’s grand total of Philadelphia traffic investments in the last year to more than $34.5 million.

But the funding wasn’t always there. When the Delaware County Regional Planning Commission’s 2010 concept report was published, only 235 of the city’s traffic signals were on the city’s signal system. By the end of 2011, the report states, close to 800 traffic signals would be online. But a 2019 report from the Philadelphia Inquirer showed that the total had only reached about 1,000 signals.

Progress has picked up since 2019, but Gustave Scheerbaum, the director of strategic initiatives at the Philadelphia Streets Department, said it will still be another 15 to 20 years before all of the signals are integrated with the system.

“This year’s $1.5M ASE funded portion of the program will be completed by 2026,” Scheerbaum added in a statement to StateScoop.

And how much more will it cost?

Scheerbaum said PennDOT’s grants are not the only source of funding for the traffic control system upgrade. “The majority of funding for the Signal Integration program is not coming from ASE. It comes from multiple grant sources and City Capital and Operating budgets,” he wrote. And according to the city’s capital budget, it allocated $3.1 million for traffic control improvements for fiscal year 2023.

But how much does it typically cost to modernize a traffic control system?

Chicago — the most congested city in the U.S. in 2022 according to INRIX’s newest report, and the second most congested in the world — announced last year it would spend $81.1 million of its 2023-24 infrastructure plan on modernizing its “historically underfunded” traffic signal system with 60 full intersection replacements, critical intersection signal modifications, traffic signal interconnectedness and battery back-ups.

Miami-Dade County, Florida, in its plan to upgrade its traffic signal controllers that kicked off last March, said the project would take seven years to complete and forecasted a grand total of $160 million to get the job done. According to the project’s landing page, Miami-Dade — like Philadelphia — also plans replace 3,000 traffic signal controllers.

When asked for an estimate of how much Philadelphia has spent on its signal integration projects over the years, a spokesperson wrote that such a calculation would be difficult to make on short notice — noting the need to account for inflation and tabulating many funding sources dating back to 1995 — and conceded only that the price tag is in the millions of dollars. 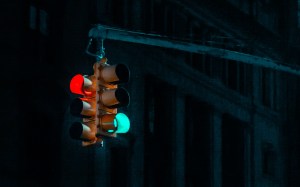