Torres told the New York Daily News, which first reported his plans, that he believes that cyberattacks present the “single greatest vulnerability” to the city.

De Blasio issued an executive order in July 2017 creating Cyber Command as a specialized unit tasked with overseeing information security policy, establishing cyberdefense protocols and providing incident response in the wake of a cyberattack. Torres’s legislation would put those responsibilities into law.

Cyber Command, which launched about a month after de Blasio’s order, is overseen by Geoff Brown, the city’s chief information security officer. Since its creation, the unit has focused largely on providing cybersecurity tools to the city’s nearly 9 million residents. In March, de Blasio put the unit in charge of NYC Secure, a program designed to protect New Yorkers from online threats.

The centerpiece of that initiative is a mobile app of the same name, which was released in October. The app is designed to send users alerts if it detects that their devices are running potentially risky software, navigating to unsafe websites or connecting to Wi-Fi networks that are not secure. “What we are doing is providing cybersecurity for New Yorkers and offering New Yorkers a better way through digital life away from threats,” Brown told StateScoop shortly before the app’s release.

Other components of NYC Secure include upgrading the city’s free public wifi to include a DNS-based security service and a series of public-service announcements about cybersecurity.

“It’s often said New York City is the No. 1 terror target in the world — that statement is as true in cyberspace as it is in physical space,” Torres told the Daily News.

If enacted, Torres’ bill making Cyber Command a permanent component of New York City’s government would be the latest mayoral technology initiative to be codified into city law. The Mayor’s Office of Data Analytics, created in 2013 by then-Mayor Michael Bloomberg, was added to the city charter, New York’s foundational document, last month. 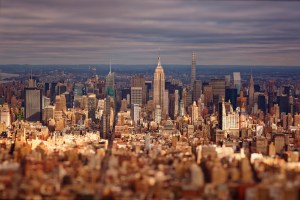