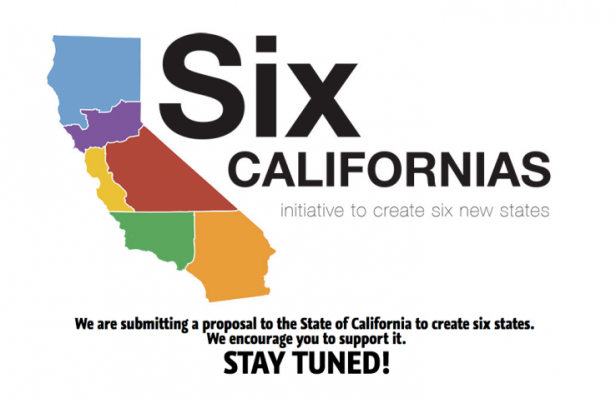 Noted venture capitalist Tim Draper can now begin collecting signatures for his initiative to split California into six separate states to give the residents of the nation’s most popular state a louder voice in the U.S. Senate, among other reasons.

Draper, who has invested in companies such as Skype, Overture and Hotmail, now has 150 days to collect the signatures of 807,615 registered voters, which equals 8 percent of the votes cast for governor in the 2010 gubernatorial election to qualify for the ballot.

The idea is to cut California into six separate states, sectioning off areas such as Silicon Valley and Southern California and making them separate from some of the state’s more rural areas.

There are a few key reasons for this, Draper said, notably giving California more senators in Washington, D.C., to better represent the state’s more than 38 million residents.

The proposal, Draper said, would provide more competition and less monopolistic power. It would also allow the new states to draft their own constitutions more in line with each region’s needs and decisions can be more relevant to the population.

To reach this stage, Draper submitted a proposal to California’s attorney general has a ballot proposition proposal.

The secretary of state then provides calendar deadlines to the proponent and to county elections officials. The attorney general’s official title and summary for the measure is as follows:

DIVISION OF CALIFORNIA INTO SIX STATES. INITIATIVE STATUTORY AND CONSTITUTIONAL AMENDMENT. Divides California into six states subject to approval by Congress. Assigns each county to a new state, unless county voters approve reassignment to different new state and second state approves. Establishes commission to settle California’s financial affairs after division; upon failure to resolve, each new state would retain assets within its boundaries and would receive proportionate distribution of California’s debts based on population. Authorizes counties to refuse to provide State-mandated programs and services absent sufficient State reimbursement. Empowers counties to make and enforce all laws governing local affairs. Summary of estimate by Legislative Analyst and Director of Finance of fiscal impact on state and local government: If the federal government approves the proposed creation of six new states, all tax collections and spending by the existing State of California would end, with its assets and liabilities divided among the new states. Decisions by appointed commissioners and elected leaders would determine how taxes, public spending, and other public policies would change for the new states and their local governments. (13-0063.)