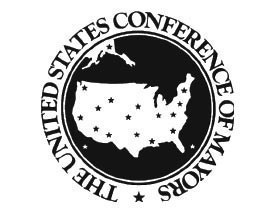 The U.S. Conference of Mayors unanimously adopted a net neutrality resolution Monday calling on the Federal Communications Commission to enshrine principles of transparency and non-discrimination into how the Internet operates.

The resolution was adopted at the U.S. Conference of Mayors 82nd Annual Meeting, currently being held in Dallas, and signed by 17 mayors representing most of the major cities in the United States.

“Net neutrality is critical for an innovation economy to thrive, because if the broadband companies could choose what web pages you can access, the Internet would lose its power as the most powerful communication tool we’ve ever known,” San Francisco Mayor Ed Lee said.

“I am grateful to my cosponsors and the U.S. Conference of Mayors for adopting principles of a free and open Internet as the official policy of America’s mayors,” Lee continued. “We believe in transparency and comprehensive non-discrimination, and we will fight for these values as the FCC writes regulations in the coming months. There are serious implications for commerce and democracy, and we’re making sure U.S. cities have a voice in this fight.”

The resolution puts America’s mayors on the record supporting net neutrality and its key principles of comprehensive non-discrimination and no content blocking. Mayors across the country joined the discussion around net neutrality because without proper regulation and protection from the FCC, the Internet would change fundamentally.

The FCC is in the early stages of rule making as it works to enshrine the 2010 Open Internet Order into federal regulation.

“An open Internet is the backbone of a market-driven democracy in the 21st century,” New York City Mayor Bill de Blasio said. “Universal and affordable broadband access, and the free flow of information, is one critical area where we as mayors must focus in an effort to promote equality and close the opportunity gap. We simply cannot afford to allow large internet service providers, which control large segments of the broadband market, like AT&T, Comcast, Time Warner Cable and Verizon to reserve the fastest loading speeds for those who can pay for it. I wholeheartedly support this resolution and thank my colleagues for their leadership on this critical issue.”

Net neutrality is the principle that Internet service providers and governments should treat all data on the Internet equally, not discriminating or charging differentially by user, content, site, platform, application, type of attached equipment and modes of communication.

The term was coined by Columbia University media law professor Tim Wu in 2003 as an extension of the longstanding concept of a common carrier. Proponents often see net neutrality as an important component of an open internet, where policies such as equal treatment of data and open Web standards allow those on the Internet to easily communicate and conduct business without interference from a third party.

“Our economic and civic health depend on the Internet; it is the infrastructure of the 21st Century,” Boston Mayor Marty Walsh said. “Nowhere is that more true than Boston, the heart of the world’s innovation economy. An uneven and restricted playing field for tech companies will mean fewer jobs, higher hurdles for newer companies, and less access to the internet for all. None of us want that. Our future depends on a neutral, world class fiber network that serves all our residents and businesses. I am actively working with mayors across the country to do just that.”

How autonomous-vehicle companies and cities have learned to work together