The Maryland Department of Health over the weekend took many of its IT systems offline, including its main website, in response to a cyberattack, the agency said Sunday night.

An agency spokesperson told StateScoop that state officials are investigating alongside federal law enforcement. Officials have not specified what type of malicious activity caused the outage.

Owen also said that “potentially affected” employees and partners are being informed if they were impacted by the incident, which was first reported by the Washington Post.

People who try to go to the Maryland Health Department’s website are redirected to Maryland.gov. Owen did not respond to questions about whether the incident affected the agency’s COVID-19 response services, although the state’s website for booking vaccines and diagnostic testing appeared to be online Monday morning.

Many of the department’s other services, including Medicaid enrollment and information about health and long-term care facilities, remain offline.

UPDATE, Dec. 7: The Maryland Department of Health’s website was restored Monday evening. While officials said the “incident appears to have affected some of our partners,” including local health agencies, there were no indications any data had been compromised. 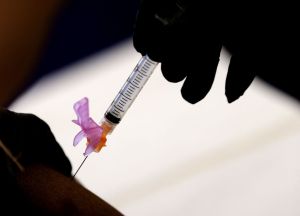