After years of straining to update an enterprise resource planning system, officials in Cuyahoga County, Ohio, expect to complete the project this month, freeing up resources to focus on optimizing the county government’s use of technology.

County Chief Information Officer Andy Johnson told StateScoop on Wednesday that the county’s ERP upgrade, which was held up for years and ran millions of dollars over budget, is finally settled. Johnson said the new system was used on April 1 to process payroll for all 7,500 county employees, with minimal errors. By April 30, he said, the project will be officially complete, leaving only a few relatively minor tasks, such as moving the county’s health, public works and sheriff’s agencies onto a new time-keeping system.

“We’re going to be seeing people having much more time available,” said Johnson, who heads IT in the 1.2-million-person county anchored by Cleveland. “Everything was a mad dash, individual heroics to make payroll get through. And we’re going to see that come to an end.”

Johnson estimated that the county, which has 1,100 fewer employees than when the project started, will not need to rehire many of those positions, thanks to the efficiencies conferred by the new platform. He also estimated the county will benefit from not needing to find workers who understand the outmoded programming languages and hardware platforms that the county’s old ERP system used.

“We’re on a more modern system and with that our risk of being an old mainframe system is greatly reduced,” Johnson said. “Not only risk in terms of finding mainframes to program it, but the fact the software is completely out of support. The security risks with the old software, finding the old timers to work on the software has been a challenge. So all that risk starts to go away.”

The project was stalled for several years by a countywide corruption probe that reached into the IT department, prompting mass resignations and decisions to slim down initial plans for the ERP upgrade. Many of the project’s initially planned features, including talent management and asset inventory, are now scheduled for a second phase of the project.

But completing even the first phase has been enough for the county to begin looking toward the future, Johnson said: The next steps will be to optimize business processes and understand how best to use the new technology.

“We’re restructuring our IT team to become a band of consultants that’s going to go understand the business processes and be looking for opportunities to help the business do more with less and do it better with less,” he said. 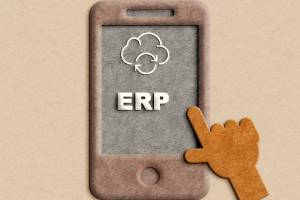