The Colorado Digital Service’s first year in existence did not go as originally planned. But the new small agency, a self-described “SWAT team of nerds,” would up playing a vital role in designing and managing the technology behind the state’s COVID-19 response.

“Bummer is that COVID has taken away from some of the projects that we’d hoped to work on,” Kelly Taylor, the director of the seven-person shop, told StateScoop in a phone interview.

Taylor, a former employee at the U.S. Digital Service, pitched Gov. Jared Polis on a state-level replica of the USDS in 2019, following the federal agency’s “tour-of-duty” model in which civic-minded technologists lend their skills to public service for a year or two.

While initially intending to tackle projects like a rebuild of the state’s human resources management system, the Colorado Digital Service’s focus, like the rest of state government, quickly turned to the pandemic.

At the start of the health crisis, the office added features to the state’s official mobile app that showed Coloradans where and when to get tested for the coronavirus, as well as information about how to isolate and assess symptoms. The office later helped lead the campaign encouraging people to activate Google and Apple’s Exposure Notifications platform on their mobile phones, which served as a complementary system alongside the state’s own contact-tracing framework.

Taylor reflected on the Colorado Digital Service’s hectic first year by noting that the agency’s agile, multidisciplinary nature became an asset for technology development during quarantine.

“There’s been some advantages to it because it’s easier to have these quick conversations with folks, especially people that are super, super busy, like the immunization team within our public health agency,” he said. “Or different folks in different states that we can collaborate with to see what they’re doing. It’s easy to have a 15 or 30-minute quick call.”

Taylor said he and his team have kept in touch with other state and municipal digital service agencies, like San Francisco Digital Services, as well as nonprofit groups like the U.S. Digital Response, to talk about the best practices of design and engineering issues.

Taylor’s team, which includes engineers, designers and developers, only works or advises on projects for a small period of time, he said, before passing them back to their parent agencies. Those collaborations have fostered an attitude within the Colorado Digital Service that “it takes a village” — not just one agency‚ to deliver digital services, he said.

The team helped procure a grant management system for the Colorado Department of Public Safety, as well as data-sharing technology for Colorado’s Department of Public Health and Environment and the Office of Information Technology. Both projects saved the state millions of dollars, and the latter enabled county-level public health agencies to share COVID-19 case data, saving hours of manual data entry and analysis, Taylor said.

“It used to be that an expert in public health or Medicaid or criminal justice could run a program that delivered a service to residents,” Reilly Martin, a Colorado Digital Service employee, wrote in a Medium post last week. “Now, this program needs a website, which requires a login, Google Analytics and security that prevents ransomware attacks. That service needs a strategy set by a product owner and must meet the needs of the people it serves.”

And more digital government developments — not all of which are related to COVID-19 — are in the works for 2021, Taylor told StateScoop. Over the next several months, he also expects to tap into the state’s child welfare system to build several APIs that will help Medicaid recipients access their health data. 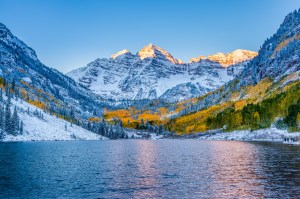