The leader of the House Oversight and Reform Committee said on Wednesday that Congress is likely to soon introduce legislation to regulate facial recognition technology.

Near the conclusion of a hearing that sought to address the impact that facial recognition technologies can have on the civil liberties and privacy rights of citizens, Rep. Elijah Cummings, a Democrat, said that there is bipartisan consensus on the need for regulation.

“I do expect that we are going to be able to get legislation out on this,” he said. “I talked to the ranking member [Rep. Jim Jordan] and there is a lot of agreement. The question is if we [should] have an all-out moratorium, and at the same time try to see how this process can be perfected.”

The legislation would be the first time the federal government has regulated the technology, which cities, federal agencies and airports have steadily acquired over the last decade. Last week, The Georgetown Law Center published new research showing that police departments operating real-time facial-recognition systems in Detroit, Chicago and New York aren’t required to disclose how often or where the systems operate. Another report also released by the center last week showed how a handful of police departments had been abusing their systems, feeding in celebrity photos, doctored photos and artist sketches to generate matches on criminal cases.

Most witnesses at the hearing advocated for regulation. Joy Buolamwini, founder of the Algorithmic Justice League, supported a halt on government use of facial recognition until federal regulation is in place.

“Given what we know already know about the critical flaws of facial analysis technology, along with its rapid advancement and adoption across the country, Congress should enact a moratorium that halts law enforcement adoption of this technology unless and until appropriate regulatory mechanisms are in place,” Buolamwini said.

Claire Garvie, the Georgetown researcher who authored last week’s reports, argued that cities and states would be justified in banning the technology outright, as San Francisco did earlier this month.

Lawmakers like Rep. Jim Jordan, the minority ranking member of the committee, and Rep. Gerry Connolly also shared concern about the way that law enforcement organizations can share biometric data, including facial data, without disclosing who or why it is being shared.

“One thing I can credit [a Massachusetts bill] for addressing is instead of just saying we’re going to look at facial recognition, they talk about biometric surveillance, we’re also talking about voice recognition, we’re talking about gait analysis, anything that is remote sensing. Do we need to be talking beyond facial analysis technologies? Absolutely, as well,” Buolamwini said.

Cedric Alexander, a former president of the National Organization of Black Law Enforcement Executives, said he was concerned about the technology.

“This has been very much unregulated without any oversight whatsoever, and … a piece of technology that is very questionable,” Alexander said. “I don’t want technology used that’s going to separate police from the community.”

The next Congressional hearing on this matter is scheduled for June 4 and is slated to include more law enforcement witnesses.

Until the federal government establishes regulation, it’s unclear how states and cities will assess their own facial recognition programs. Some cities are considering legislation built on the model of the San Francisco ban — including Oakland, California; Berkeley, California; and Somerville, Massachusetts — but the private sector is still selling the technology.

Amazon shareholders voted at the company’s annual shareholder meeting on Wednesday to reject a motion that would block the sale of its facial recognition tool to law enforcement, despite pressure from the American Civil Liberties Union.

“The thing that’s important to recall is that consensus on this issue is bipartisan, but the opposition is also bipartisan,” said Rep. Alexandria Ocasio-Cortez. “Big tech is a very strong lobby that has captured a lot of members of both parties. This is going to be one of those unique issues where I do think there is going to be intense debate, but it’s not necessarily going to be along party lines.” 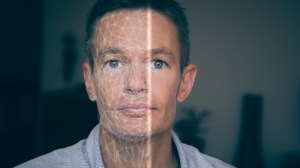