Maps are universally appealing people hang them in their homes as artwork, digital tools are common for daily navigation, and new technologies are pushing data-richcartographyto evolve into freshlyuseful forms.

As the lines blur between the map’s function as a navigation tool, a platform for data analysis, and an outlet for storytelling, new GIS visualizations crop up daily. As the arbiter of countless data sets, government is uniquely positioned to make use of this tool, find new ways to engage the public and seek creative ways to integrate spatial information to improve existing operations.

And government agencies are doing all of these things. Story maps like Redlining Louisville bring to life critical social issues best explained by historical context presented in spatial visualizations. Platforms like Chicago’s WindyGrid give non-technical citizens an inroad to the massive troves of practical information the city has been tucking away for years. And data-rich maps like the Texas State Water Plan help turn an abstract issue into one with a clear definition and goals.

GIS practitioners tell StateScoop that as spatial data becomes a more integral part of government operation, they see their roles expanding and becoming more closely entwined with the functions traditionally heralded by IT. This list of 25 GIS visualizations collected through a combination of independent research and collaboration with the state and local government community reflects that transformation. 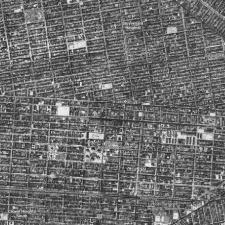 NYC Then&Now is the city’s attempt at visualizing the old saying that “In New York City, the only constant is change.” That’s how Department of Information Technology & Telecommunications Commissioner Anne Roest described the map upon its celebratory launch in July. The map, which includes 2,049 aerial images dating back to 1924, allows users to swap between eras of the city’s history, to watch as buildings come and go over the years and to watchas the images themselves grow in resolution. A playlist feature allows users to sit back and watch as the map images smoothly transition and show how their favorite neighborhoods have evolved. 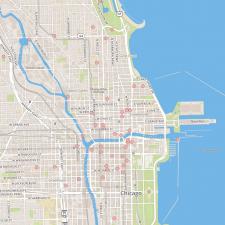 OpenGrid is Chicago extending an open data olive branch to the public a robust and open-source platform serves as a user-friendly frontend for some of the city’s spatialdata. Thirty-five data sets can be plotted on a map for a better understanding of how the city works and what businesses and services are available. With open weather layers and a real-time update feature, OpenGrid is an extension of the city’s philosophy that open data doesn’t have to be esoteric. For agency collaboration, the city has WindyGrid, a version of OpenGrid adapted for internal use that allows departments to share and work with about two dozen data sources, from environmental complaints to 911 data. 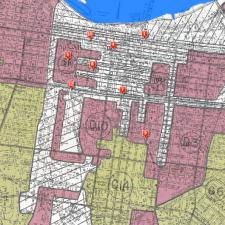 From the citys slave pensto the discriminatory lending practices that followed, and to the flood of 1937 that created widespread displacement, Redlining Louisville is an interactive story map with lofty ambitions. Its less a map and more a digital museum exhibit that guides the user through decades of local history. The map serves as a starting point upon which images, historical maps and documents, timelines and data layers lend a historical backdrop to discussions of racism and housing discrimination that still continue today. In fact, the city used the maps launch to initiate a year-long community dialogue to gain understanding, to collect ideas and to formulate recommendations that support citizens wealth-creation, homeownership and development opportunities in west Louisville and other areas experiencing disinvestment. By beginning this dialogue, the city intends to acknowledge the past and better our future by removing hurdles that prevent residents from reaching their full human potential. 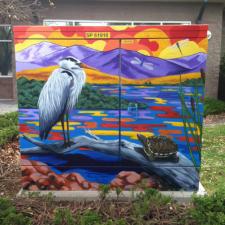 Sometimes the simplest ideas are the most engaging. Data layers maintained by Fort Collins, Colorado, show the locations of dozens of public art projects around the city. Clicking on an orange circle provides the user with information about the exhibit and links to external websites that providemore information. Clicking on a blue square sets the user on a virtual tour of the city’s many painted transformer boxes, along with the artist’s name and the year in which the painting was commissioned. 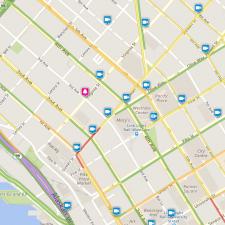 A public map provided by Seattle’ Department of Transportation serves as a kind of real-time performance dashboard for traffic. The map includes a traffic congestion overlay via Microsoft Bings traffic data, estimated travel times to the citys more popular neighborhoods, data on bridge operation, dynamic message signsand railroad crossings. Users can also select the neighborhoods they care about and sign up for alerts when theres traffic in that area. But perhaps the most strikingfeature is the map’s live voyeuristic access to some 200 video cameras stationed at crucial intersections and roadways throughout the city, where cars and pedestrians can be seen going about their daily business. 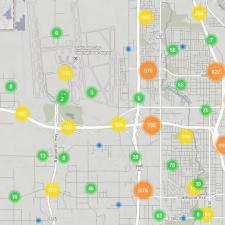 Serving as the hub for transportation andinfrastructure projects, the Utah Department of Transportation (UDOT)Data Portal is one of the most comprehensive GIS-enabled data portals in the country. Combined with the state’s economic development map andcrash mapping portal, Utah’s GISefforts are impressive for their breadth with projects ranging from farming and climateto society and health.

The state’s crash mapping portal is just one example of how the state is attempting to use GISdata to spur positive change.In Salt Lake County, 257 people died from car collisions and there were more than 27,500 vehicle collisions in 2016 that’s roughly 2,000 more than in 2015.The map allows users to filter accidents by date, day of the week and even time of day. Geographic searches enable county-specific crash counts, crashes by route or by road milepost. The app is meant to alert residents about safe driving while guiding law enforcement to know which areas may require additional patrolling.

Voting is now open for the 2021 StateScoop 50 Awards

COVID-19, One Year In — A StateScoop & EdScoop Special Report

by StateScoop Staff • 3 weeks ago
Special