Smart cities were born from the idea that the most environmentally sustainable, most culturally vibrant, most efficient, safest and most equitable places to live in the future will be cities.The movement is evolving daily, withsome of the most obvious indicators showcased in the neighborhoods of cities likeStockholm, Chicago, New York andTokyo. But smart cities are being built everywhere, in communities large and small.This list was created to recognizecommunities of all sizeswhose efforts have either flown under the radar or whose leaders have recently undertaken new initiatives that add interesting newdimensionsto already-promising work.These are the smart communities to watch in 2018. 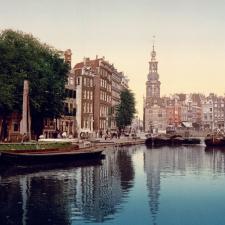 Some people see unmanned aerial vehicles as creepy, flying pests. Not Paul Riemens, the chief executive of Amsterdams RAI convention center, who wants to turn the Dutch capital into the city of drones, which is what he calls his new initiative promoting drone development and deployment in the city of 2.4 million residents.

Our goal is to provide a platform for knowledge, contacts and innovation as we aim to make Amsterdam the drone capital of the world, Riemens said in April.

Siemenss enthusiasm is partly fueled by new drone regulations the European Union plans to implement next year as unmanned vehicles take over more functions in logistics, law enforcement, and government services. But with Amsterdams density, educated workforce and advanced public transportation not to mention his previous career as the head of the Netherlands air-traffic control operation Riemens thinks his city can take the lead. 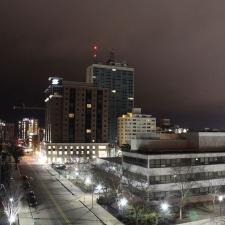 In 2012, a project jointly-led by the U.S. Department of Transportation and University of Michigan’s Transportation Research Institute (UMTRI) installed 2,800 wireless sensors in city residents cars to test a vehicle-to-vehicle communication pilot.

The devices audibly and visually alerted drivers to dangerous situations, and represented one of the largest smart car deployments ever. The city of Ann Arbor partnered with the project in 2015, and three years later, it’s won an IDC Government Smart Cities award for its efforts.

The deployment of the wireless devices has grown to include pedestrians and cyclists since the studys inaugural fleet, enabling lower carbon emissions, fewer accidents and improved traffic efficiency. The program is expected to grow UMTRI says it will have more than 3,000 vehicles equipped with the technology by this fall.

The city is also using smart sensor technology to deal with increased storm flooding in recent years. Through another partnership with the University of Michigan, the city developed a package of smart sensors to measure and control storm valves, called “Open Storm.” The data measured by the sensors, including the water quality and flow, is open-source and available for student researchers to explore in real time. 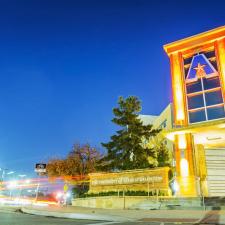 A 2014 episode of “Parks and Recreation” features Aziz Ansaris character trying to keep up with an automated park management system. The sitcom played it for laughs, but since 2016, Arlington, Texas, has implemented a very real version thats led the Dallas suburb to save a lot of money and earnsome national praise.

Arlingtons operations and asset-management system recently won one of IDC Government Insights inaugural Smart Cities North America Awards for its organization of about 50,000 municipal assets, about half of which belong to the citys parks and recreation department. The assets range from roads and signs to benches and irrigation systems to 10,000 trees. The system allows city employees in the parks and public works departments to keep track of their operations.

Storing the data on an Amazon cloud server allows 200 workers in the field to access city assets. As a result, Arlington is moving more and more of its municipal operations away from outmoded spreadsheets stored on aging mainframes. So far, its paying off: The city estimates it saved 3,300 hours of labor in the first nine months alone. 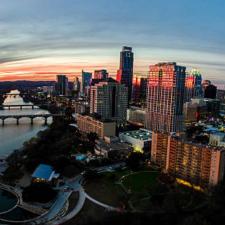 Austins smart city initiatives are outlined by aSmart City Strategic Roadmapthathighlights the citys accomplishments and next steps for building out civic tech. Paperless government services, discreet sidewalk smart sensors and a smart mobility roadmap are among the achievements the city had made in recent months.

The city has also made it a point to empower local civic tech development in their drive to become a smart city. In March, a $100,000 prize for local startupswas announcedby the Austin Tech Alliance and a Texas-based coworking space, Capital Factory, for innovations that would improve the quality of life for city residents.

Austin is also launching a pilot program that would provide real-time updates for blind and visually-impaired public transportation users throughAustin CityUP, a consortium of local businesses and government agencies.

Austin CityUP is also using asmart city research lab called 2nd Street Smart Living Lab to deploy a network of sensors across parts of the city to measure city data like pedestrians traffic, sound, andair quality. The data will be shared with the city, businesses and civic groups,CityUP says, to develop the expertise, technologies, plans and policies to address all civic issues. 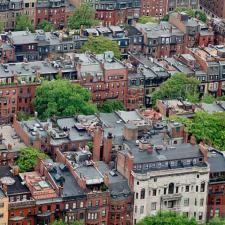 Boston, more than most cities, is serious about the intangible problems often encountered around the development of smart cities.

After developing its Smart City Playbook, introduced in 2016 by the citys office of New Urban Mechanics, the city has put out a request for proposalsfor its Beta Blocks Action Research Project, which will tackle the issues of inaccessibility, bureaucracy and usable infrastructure for residents interested in developing their own smart city projects within the city.

The program is intended to make it easier for residents to test new experimental civic technologies, interactive street furniture, and engage in activities in designated blocks around the city. Officials say they hope it will also encourage relationships between the city and startups that call it home.

The ultimate goal of Beta Blocks is to open source city streets, creating a living clearing house between community challenges, questions, and ideas and the companies, researchers, and designers who might be able to offer a hand, the city’s RFP reads.

The response deadline passed on April 30, and while the city is considering responses, it has been busy enough on other smart tech initiatives: an autonomous vehicle testbed and an informal collaboration with local data sensor lab LocalSense are part of the city’s broader plans to create an affordable, accessible and flourishing living environment for its residents by the year 2030.