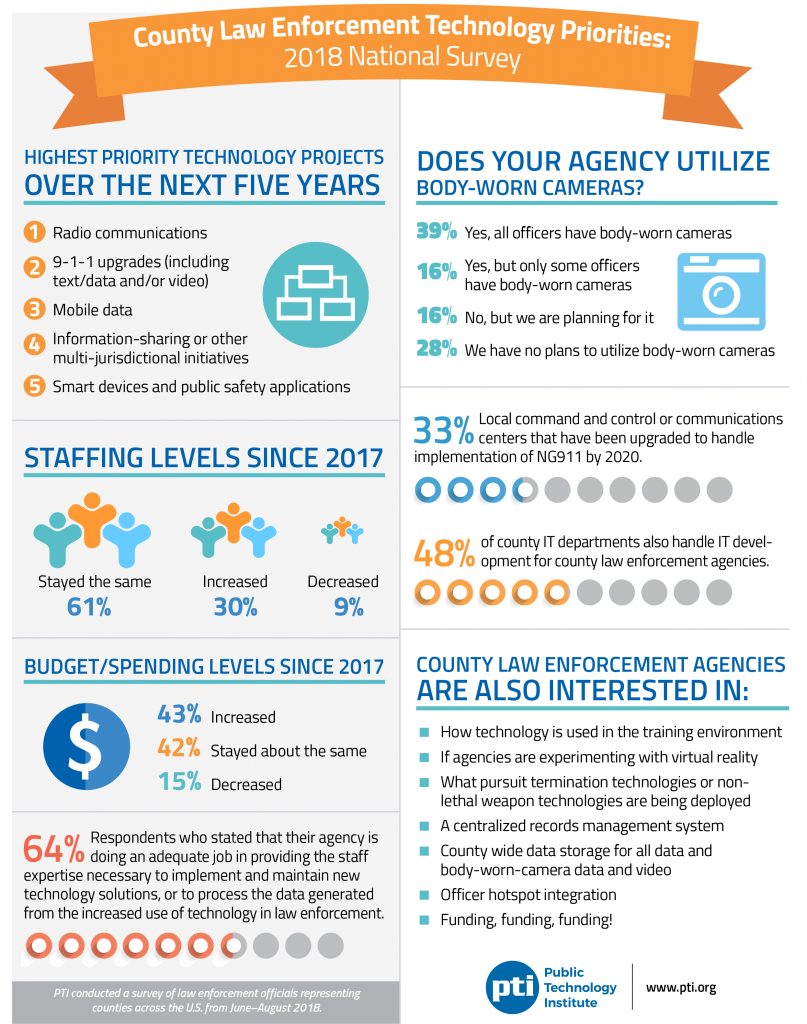 Communications — in more ways than one — continue to be a focus for county law enforcement agencies, according to survey data released by the Public Technology Institute.

As part of the group’s 2018 Law Enforcement Technology Priorities national survey, agency officials reported radio communications and information sharing as two of the top five highest-priority technology projects over the next five years.

“The insight and experiences that these officials shared provide a picture of how technology is being used in local law enforcement,” a PTI spokesman told StateScoop in an email.

The survey, conducted during the summer of 2018, was intended to “develop a better understanding of the technology, operational and management issues within local government law enforcement agencies.”

Things to look for:

This infographic was provided to StateScoop for publication as a part of a media partnership with the Public Technology Institute. For more information on this poll, and other PTI activities, check out www.pti.org.