The new law, which takes effect in 2023, is designed to prevent employers from using algorithms to discriminate against potential job candidates before a recruiter or hiring manager sees their applications. Under the new law, a New York City business can only use an AI-based tool to assist with hiring, promoting or recruitment by showing proof that the tool has passed a third-party audit within the past 12 months.

Employers that don’t disclose their use of algorithm-based technology are subject to a $1,500 fine.

The Center for Democracy and Technology, a Washington think tank that promotes privacy and digital equity, called New York’s new measure a harbinger of emerging AI regulation, but it also said the law falls short.

“The [New York City] Council’s decision to pass this weakened bill without consulting impacted stakeholders should worry workers, advocates, and the broader public in New York City and the rest of the country alike,” reads a statement on its website.

The group called the new law “deeply flawed” for several reasons, including that only job applicants who live in the five boroughs are shielded from algorithmic screening, while residents applying from New Jersey, Connecticut and other suburbs are excluded.

CDT also said the final legislation featured less stringent audit requirements than the original bill. The original bill, introduced February 2020, implied that employers have to assess a tool’s compliance with all anti-discrimination laws, rather than just those covering race, ethnicity and sex, the group said. The version that became law is narrower, with language CDT said “gives employers and vendors no reason” to go beyond existing federal anti-discriminatory requirements.

New York City officials have spent the past several years considering ways to regulate algorithmic decision-making. In 2018, Mayor Bill de Blasio convened a 36-member task force to review the use of AI-driven decisions in city agencies, including the New York Police Department. That group issued its final report in November 2019 and was followed by the creation of a new City Hall position setting policy for the use of algorithms, though some task force members said they felt the experience had been a “waste.” 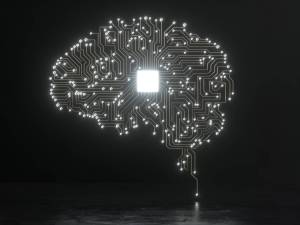