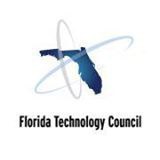 A new association launched last week in Florida with the aim of giving information technology a bigger voice before the state’s legislative and executive branches.

Called the Florida Technology Council, the group is made up, in part, of supporters of Florida Tax Watch, a government watchdog advocacy group.

“We are proud to announce our new association and its digital presence,” said Claudia Davant, chair of the council, in a statement. “Coming together under the banner of the Florida Technology Council, it is our hope that our diverse membership will further our mission of being the unified and trusted voice state government can rely on when it comes to the technology sector in the State of Florida.”

The group’s creation comes at a good time as Florida is in the midst of a major transition in how the state uses information technology within government.

Earlier this year, the state legislature created the Agency for State Technology to oversee the government’s large information technology projects. The state went without a technology oversight body for three years after the State Agency for Enterprise Technology was defunded in 2011.

The agency officially launched on July 1, and Jason Allison was recently named the department’s executive director and the state’s interim chief information officer.

The FTC plans to use its authority within Florida’s technology industry to provide input to state government regarding IT governance and the implementation of the Agency for State Technology. FTC is actively recruiting members and will form a board in the coming months.

“As our state leaders look to implement the newly-created Agency for State Technology, our association lends itself as a vital industry resource they can count on to help with the long-term viability of the technology sector in Florida,” said Jim Rimes, treasurer of the FTC. “We look forward to working together as this new agency comes to fruition.”