Georgia Chief Information Officer Calvin Rhodes will step down at the end of the month for a role in the private sector, the Georgia Technology Authority announced Thursday.

After more than a decade as the state’s top technology official, Rhodes is currently the nation’s longest-serving state CIO. He’s been credited with improving the state’s use of enterprise technology and service delivery to residents.

Improving the state’s “digital maturity” and cybersecurity were also top priorities for Rhodes’ office over the past decade, according to a press release from the technology agency. Rhodes played a key role in helping the state launch its $110 million statewide cybersecurity center, which opened in 2018.

Known among his colleagues as a “consummate professional,” Rhodes was appointed by former Gov. Nathan Deal in 2011 and spent the following decade building relationships across government and with vendors in the private sector to boost the state’s technological maturity. In an interview with StateScoop in January looking back at his years of service, Rhodes said he initially intended to stay for just a couple of years, but found there was far more work to be done.

“I attribute success to building strong relationships, making sure that individuals feel that if they have a concern or if they’re trying to accomplish something that through that conversation you can help them not only as an individual but also bring your team to help whatever the business need and priority that’s been assessed,” Rhodes said at the time.

Among his top accomplishments, Rhodes named his work on the Georgia Cyber Center, which began as a cybersecurity range before growing into a much larger project that now houses academic research facilities, law-enforcement bureaus and part of the Defense Digital Service.

He also said the state’s IT modernization effort is “the largest and most complex thing” he’s worked on during his career. It took two years just to begin to standardize the technology in use at some of the state government’s agencies, he said.

Rhodes will officially be out June 30. Paula Calhoun, communications director for the Georgia Technology Authority, told StateScoop she anticipates a successor will be named soon.

“Calvin is planning a move to the private sector where he will be able to support government entities in their use of technology,” Calhoun wrote in an email. 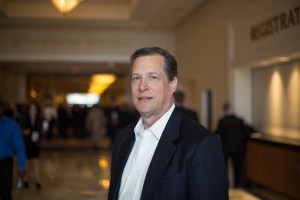 Georgia CIO Calvin Rhodes to step down this month