Government offices and several public services in Fremont County, Colorado, have been closed since last Wednesday, as officials there attempt to recover from what’s only been described as a “cybersecurity event.”

The county, about 75 miles southwest of Colorado Springs, learned of the incident early Wednesday, but was not publicly disclosed until Friday. While county workers were able to report for duty Monday, they’ve lost access to their business email accounts and the county’s regular website. Officials have been posting updates to a temporary page.

“We are working to restore county services that were impacted by the cybersecurity event as quickly and safely as possible,” Debbie Bell, chair of the Fremont County Commission, said Friday according to a statement posted to the backup page.

Officials said they believe the damage caused by the apparent cyberattack is limited to county servers, and has not affected any city- or state-level systems. No known threat actor has claimed responsibility, nor was it clear if the attack involved a ransom demand.

According to Monday’s update, most government buildings remain closed to the public, though the 49,000-resident county’s Department of Human Services is open with “limited technology” to issue nutrition assistance cards and to process calls about suspected abuse or neglect. Other services remain unavailable, including vital records, for which Fremont County is currently relying on its neighboring jurisdictions to issue.

Fremont’s 911 call center was not affected by the incident, officials said, nor was the county courthouse, which uses separate servers. A county commission meeting is scheduled for Tuesday morning.

The team responding to the incident — making “colossal efforts on our behalf,” Bell said — includes Fremont County’s emergency management team, the Colorado Division of Homeland Security and Emergency Management, the Colorado State Emergency Operations Center and representatives from the state Office of Information Technology, including Ray Yepes, the statewide chief information security officer. Federal agencies have also been informed of the attack, the county said.

“When it comes to fighting against cybercrime, we are stronger together,” said Yepes, who was appointed CISO in April. “The state deployed resources to help lead response and recovery efforts in the wake of Fremont County’s cybersecurity incident, and we will continue to provide support in collaboration with our county, state and federal partners until all services are restored.” 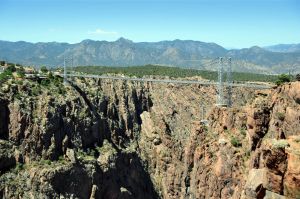