The Texas Department of Public Safety this week apologized for a “test malfunction” in the state’s Amber Alert system that asked subscribers to keep an eye out for Chucky — as in the murderous doll from the “Child’s Play” horror franchise.

The alert, which went out three times on Jan. 29, named Chucky as a suspect in the kidnapping of Glen, another character from the films. The alert described Chucky as 28 years old, 16 pounds, wearing blue denim overalls and wielding “a huge kitchen knife.”

“This alert is the result of a test malfunction,” read a statement from the department. “We apologize for the confusion this may have caused and are diligently working to ensure this does not happen again.”

Similar gaffes elsewhere have elicited more serious concern from the public, such as in 2018 when Hawaii’s emergency alert system warned the public of a “ballistic missile threat” after a technician selected the wrong menu command. That alert, which was sent less than two weeks after then-President Donald Trump taunted North Korea on Twitter with threats of nuclear war, went 38 minutes before the state issued a second alert correcting the error. 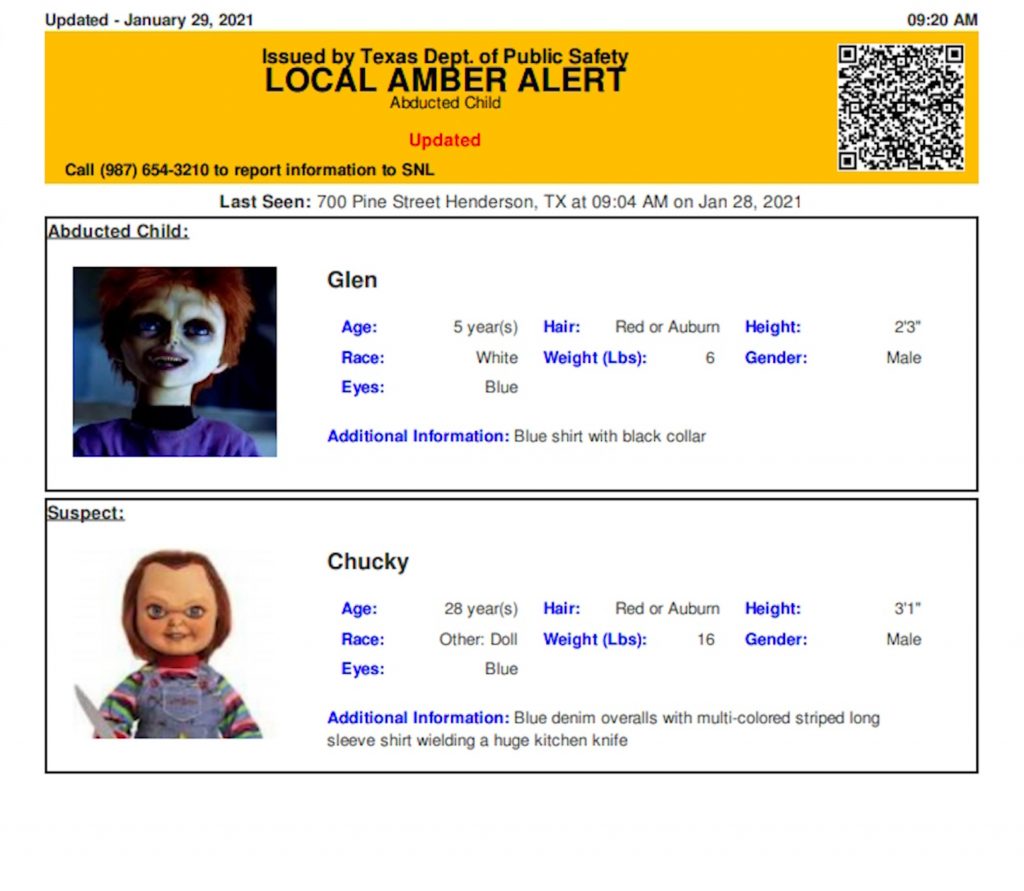