The National Association of State Chief Information Officers on Tuesday awarded three government technology officials for their achievements in furthering the innovative use of technology in their states. A fourth official — California Chief Information Security Officer Vitaliy Panych — was additionally recognized for his work in cybersecurity.

Hughes was awarded for his work improving Massachusetts’ digital service offerings and consolidating the commonwealth’s 13 data centers into a single data center. He was also recognized for his work on hybrid cloud systems and an enterprise framework.

Laymon was awarded for leading an office tasked with “minimizing IT redundancy, reducing overall IT costs, driving business value for customer agencies, promoting modernization and ensuring compliance with state IT policies and standards,” according to NASCIO. Since joining the state’s technology department in 2019, the group said, she’s sought to reshape how it interacts with customer agencies. One key project has been developing a new request management process. 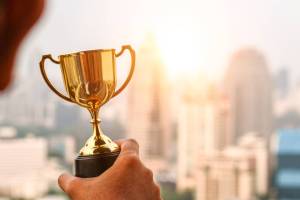