Concluding a 10-year run as Austin’s chief information officer, Stephen Elkins told StateScoop this week he will step down on Sept. 4. 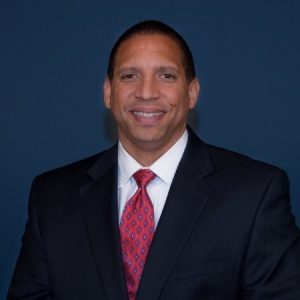 Elkins, who was previously a senior manager at the technology manufacturer Applied Materials before joining the Austin city government in 2004 and becoming CIO in 2010, helped build the governance model the Texas capital uses to manage its IT today. He’s also credited with enhancing the city’s technological  resiliency by building out a back-up network that allowed the city to invest more aggressively in cloud services. As CIO, Elkins oversaw the city’s IT infrastructure, applications, geospatial information systems, public safety technology, and “just about all of IT,” he told StateScoop in a past interview.

Elkins’ interim replacement will be Chris Stewart, the CIO of Austin Water, according to the city. Elkins himself will be moving onto a “promotional opportunity” outside of city government, according to a letter from Deputy City Manager Nuria Rivera-Vandermyde written this week informing Austin Mayor Steve Adler and city council members of Elkins’ departure.

“[Elkins] and his team have transformed the technology used across the city and as a result have made Austin the technologically progressive city that it is today,” Rivera-Vandermyde wrote in praise of Elkins’ work with the city.

At the city’s Communications and Technology Management Department, Elkins helped structure a series of IT “business units” that serve as technology offices within other city agencies, including municipal courts and the public library system. Each office conducts its own work — the aviation department’s IT team, for example, maintains a flight information display system and an airport security system and wireless network — but each unit collaborated with Elkins regularly, allowing for consistent communication citywide.

Elkins was also instrumental in creating a regional collaborative between CIOs, forming the Central Texas Regional CIO Organization in 2013 to help streamline communication between government and technology vendors, among other goals. He also became one of the founding members of the Council of Global City CIOs, an organization that sought to bring together big-city CIOs to find “smart city” solutions.

He also improved many of Austin’s public-facing applications, beginning with GIS-based tools like a watershed and flood map, a crime map and a property map, enabling residents to learn more about building codes and environmental risks. Elkins and his team also developed the city’s open data portal, which launched in 2014, to help the city become more transparent. 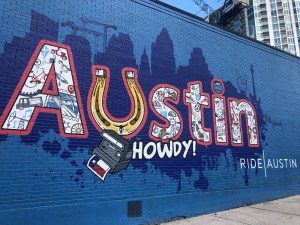