New York City published a new report on Monday that acts both as a 99-page celebration of what the city’s data programs have accomplished over the past year and a 10-year plan of what it aims to do next.

In part this means more of the same: Officials said they want a more dynamic and open platform on which they can share data, to build out capacity for more agencies to share more data, and to involve more people in the process to reflect the collaborative and equity-minded missions of city agencies under the administration of Mayor Bill de Blasio. But officials said they also want to be more strategic, using data as the starting point for problem-solving and community-building, rather than simply posting data onto a website aimlessly because they can.

The city’s open data team — comprised of the Mayor’s Office of Data Analytics and the Department of Information Technology and Telecommunications — is legally required to publish a report like this each year, but this year’s report reads more like a love letter to open data than the fulfillment of a mandate. In its introduction, de Blasio explains how “[d]ata makes our city run better.”

“It optimizes the bus route you take in the morning; finds the perfect spot for a new park; places fire hydrants in the most useful location on a city street; and drives so many of the decisions, big and small, we make every day,” he writes.

In fiscal year 2019, the city published 595 new data sets to its open data portal, from one that contains 3-D models of every building in the city derived from a 2014 aerial survey conducted by DoITT to one that simply lists public facilities that offer access to computers with an internet connection. The Department of Education published 312 data sets in 2019, more than any other city agency by a mile.

Kelly Jin, the city’s chief analytics officer, told StateScoop she especially likes the data set that shows where people can access public computers because it illustrates the importance of increasing access to technology for everyone in the city.

“We don’t just want to open data for open data’s sake,” Jin said. “This is really about civic engagement and problem solving and working alongside New Yorkers.”

The report’s strategic plan — a new addition this year — underscores the city’s “co-design” process, through which the quality and efficacy of data-fueled programs are given vigor. Officials said they don’t think they could have accomplished nearly as much without a community that includes many open-data scientists, agency open-data coordinators, partner organizations and members of the public.

“As an open program it’s not just a word in the program name, but we want that in our values and how we operate,” Schmoeker said.

An interest in casting as wide a net as possible runs through the report. “New York City open data is by and for New Yorkers,” the report reads. “From the busy bystander to the meticulous data mapper, we all have the potential to influence our city’s vibrant open data ecosystem.”

In addition to plotting a high-level vision, the report also sets specific goals for the short, medium and long terms. “Streamlining communications around NYC Open Data by improving the transparency and responsiveness of our help desk for all users” is one short-term goal. Over time, the city aims to “create case studies and presentations to share how Open Data can improve service delivery, promote equity, and increase efficiency.”

New York has emerged as a national leader in implementing open data policies, often thanks to the expansiveness of its initiatives. The city hosts an annual festival, called Open Data Week, the most recent version of which attracted more than 3,000 attendees at 48 events last March. It also operates an Open Data Youth Leadership Council, recurring competitions such as the Computer Science for All Hack League, various speaker series, and an Open Data Advisory Council to maintain the multidisciplinary nature of the city’s open-data programs.

Jin, the chief analytics officer, said that she wants to make the city even more open, crossing not just agency or neighborhood bounds, but working closely with other cities and states, too.

“Nationally, in the next decade, I’m really interested in what other communities are thinking about in their programs,” she said. 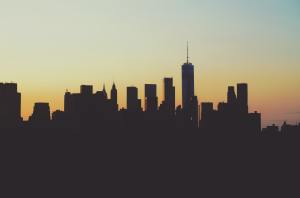 New York City plots its next decade of open-data projects