The new Office of Technology and Innovation is to be led by Matt Fraser, formerly the New York Police Department’s deputy commissioner for information technology. In addition to Fraser’s new CTO title, Adams’ order also states that Fraser will be considered the city’s CIO and commissioner for information technology and telecommunications where “legally required.”

The new office will manage all information technology, security, privacy and telecommunications policy, duties that were split across agencies under former Mayor Bill de Blasio.

“We have all of these different offices in technology,” Adams said during a press conference on Wednesday. “We’re going to bring them all together so that we can have one office under one CIO. It’s not just about dollars and cents, it’s about common sense.”

Adams initially referred to Fraser as the new citywide CIO, but quickly corrected himself, saying “CTO.”

Adams also said the consolidation represents a “common sense” approach to government in unifying data analytics, technology and telecommunications efforts that have previously been “disjointed.” Several formerly independent agencies, including New York City Cyber Command and the Office of Data Analytics, are also being absorbed into the Office of Technology and Innovation, which Adams said will be more aligned on cybersecurity than the previous organizational structure and will make better use of 311 data to glean insights about city issues.

Not all of New York’s existing tech bureaucracy is coming along. Adams, a former New York Police Department captain, discontinued the role of algorithms management and policy officer, a position created in 2019 after a lengthy review of how city agencies, like the NYPD, use technologies like machine learning to aid in decision making.

Adams also said during his press conference he’s expecting Fraser to introduce internal systems, as well as work with the city comptroller, to “audit the hell” out of the city’s technology programs.

“Trust me, there is fraud and mismanagement in these agencies,” Adams said. “We need to go after them.” 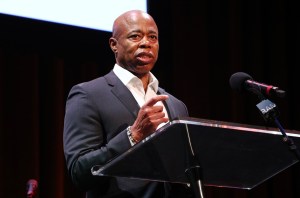