Massachusetts officials announced Wednesday that Motorola Solutions has been awarded a contract to upgrade the commonwealth’s statewide radio network to meet modern standards.

The state hired Motorola Solutions to upgrade 86 radio sites over the next four years, swapping out communications equipment, electronic shelters, HVAC systems and generators relied upon by the Massachusetts State Police and another 245 state, local and regional law enforcement agencies. A spokesperson from the state’s technology office told StateScoop the contract is valued at $98 million, constituting the majority of a $125 million telecommunications upgrade project currently underway.

The upgrade is set to replace a legacy radio platform with one that adheres to Project 25, or P25 standards, an evolving standards process advocated by the Association of Public Safety Communications Officials that prioritizes backwards compatibility and industry competition.

“As a longtime public safety official and head of the lead technology agency of the Commonwealth, I know firsthand how valuable this investment into our public safety communications infrastructure is,” Wood said.

The state’s existing radio network, the the Commonwealth of Massachusetts Interoperable Radio System, or CoMIRS, runs about 30,000 active radios. Officials said Motorola was selected in part because of its commitment to “seamless integration with partner systems” and the potential to expand the network to be used by more agencies. 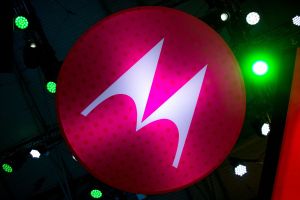