Technology officials in local government continue to be challenged in getting their governments’ elected leaders to focus on cybersecurity concerns, according to a survey published last week by CompTIA’s Public Technology Institute.

The report, which interviewed 69 city and county IT officials from around the United States, showed 61% say their elected leaders are just “somewhat” engaged on cybersecurity issues, while 20% said those officials are not engaged at all. Meanwhile, the percentage of tech officials who said their electeds are “very engaged” came in at 19%, down from the 22% who said the same last year.

Meanwhile, the position of chief information security officer is still far from a universal position in local government, with just 39% saying their city or county had such a role. But 81% said their governments have enterprisewide cybersecurity policies setting guidelines for employee behavior and operational safeguards. And half of organizations have incident response plans that are tested regularly, according to CompTIA.

But concerns over funding for cyber programs continue to linger in local government, the survey found, with 63% of respondents saying their budgets are insufficient to support their information security initiatives. But CompTIA also found a sign of progress despite that: 70% said their cybersecurity budgets increased over the past year, which Alan Shark, the Public Technology Institute’s executive director, called “good news.”

The U.S. Department of Homeland Security’s new state and local cyber grant program, which formally kicked off in September, is expected to provide a bit of a salve against threats like ransomware and data breaches, but the survey’s participants said they don’t expect it to be very impactful, with just $1 billion for the entire country spread across four years.

“While the federal funding for state and local cyber programs helps, it is not the ‘pot of gold at the end of the rainbow’ that some might have envisioned,” Shark wrote in the survey report.

The questionnaire backed that up: When asked if they expect their organization will receive a slice of the grant program, just 29% of local tech leaders said yes, while 56% said they were unsure. 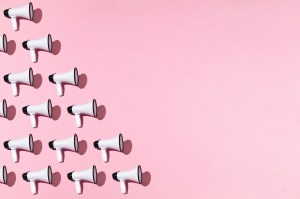