Drones are still a niche technology in urban emergency response settings, but if a New York City Fire Department project pans out, unmanned aerial vehicles flying in emergency supplies could one day be as ubiquitous as delivery workers bringing restaurant meals to people’s doorsteps.

The test case being pursued by New York City’s NYCx innovation program involves using drones to bring blood transfusions to scenes where traditional delivery methods might be slow or unavailable. While implementation is still likely years away, city officials said it could be a “GrubHub for emergency supplies,” complete with end-to-end tracking similar to how people follow their pizza and ramen orders.

“The person preparing the package scans a bar code, it registers in the system, a drone pilot from FDNY comes and picks it up at the blood center, takes it to the requested location.” Justin Isaf Man, the city’s associate chief technology officer, told StateScoop in November. 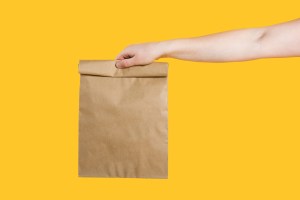