How IT leaders dealt with the challenges of 2020, in their own words

When the year began, the state, local and education IT communities envisioned a year spent on maturing digital government, bolstering cyber defenses, developing stronger privacy polices and furthering their relationships with their vendors. Election officials were gearing up for the first presidential cycle after spending much of the last four years making investments in new, paper-based equipment and building up their protections against foreign-government hackers.

Then the pandemic took hold. As COVID-19 has ravaged the United States, whole populations — government employees included — have sequestered themselves in their homes, work and school alike became primarily online experiences, online government services had to scale up massively overnight and election officials nationwide had to figure out how to quickly implement mail-in voting, a decision that while vital to preventing further spread of a deadly contagion, uncorked waves of dangerous misinformation.

But while the pandemic continues to rage, and election officials — despite a race that was settled more than a month ago — continue to bat down lies about what has been widely credited as the most secure election in U.S. history, the many trials of 2020 might have also raised technology’s importance in government higher than ever before.

But the year’s also put even more sunlight on lingering inequities, like a broadband gap that became all the more troublesome as schools went virtual, stunting the learning experiences of kids in low-income neighborhoods and rural communities long underserved by high-speed internet. “The toothpaste really is out of the tube now,” says Susan Grajek, the vice president of partnerships, communities and research at Educause.

And while the many crises of 2020 will follow us into 2021, this year has brought many lessons about how government works. To tell these stories, StateScoop and EdScoop asked a group of IT, election and education officials to describe, in their own words, what 2020 has meant. 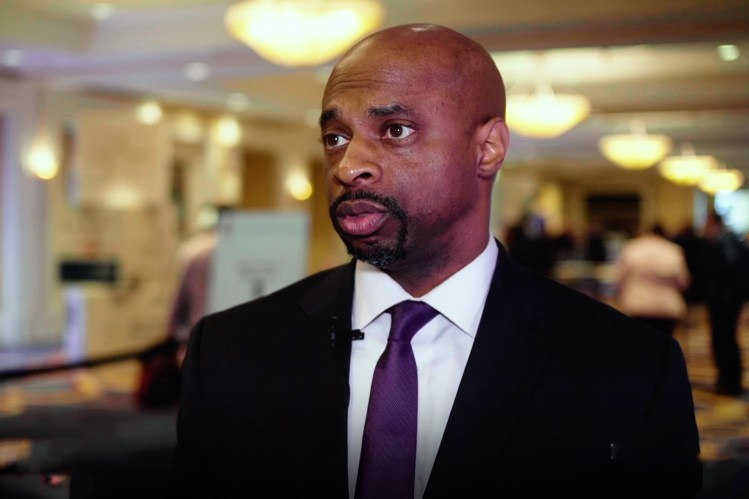 “I’ve tried to personally flip 2020 into a great year. That’s in part due to support from Gov. Mike DeWine and Lt. Gov. Jon Husted. We started this administration off with an executive order that positioned IT to be at the center of everything. When you have that support at the top it creates an atmosphere of empowerment.

“The pandemic, it’s really cemented tech as a vital part of the organization. Our capacity to deliver government digitally has taken light speed. There’s a number of projects we’ve been able to work on like coronavirus.ohio.gov. I never thought I’d be trying to produce a TV show when our governor does a briefing every day.

“I reach out to five individuals every Friday to see how they’re doing, thanking them. I believe positive energy is catchy. Some folks early on though I was crazy, but I’m authentically me. I’m trying to pull together collaboration so we win at the end.

“What will stick around is the need to have technology at the table. I’ve had more conversations with my governor and lieutenant governor than the four years I worked for then-Attorney General Mike DeWine. As IT, we have a responsibility that we’re meeting our leaders where they are, our partners where they are. Nobody gets left behind and everybody can be a part of the solution.”

Ervan Rodgers is chief information officer for the State of Ohio. 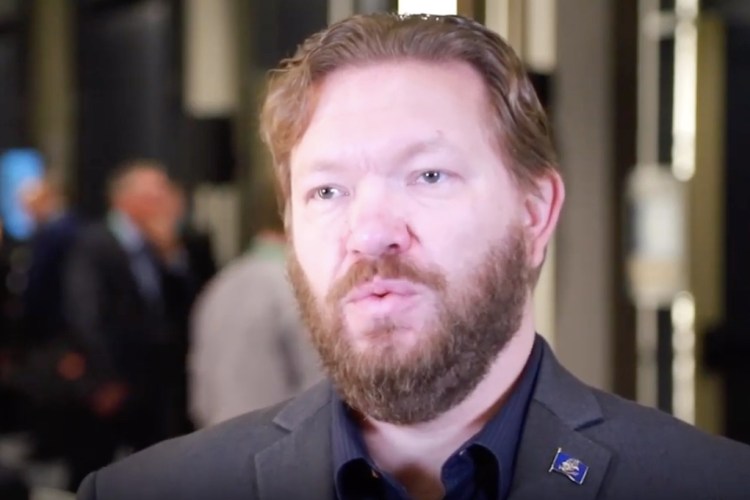 “State government has been doing things that, frankly, it’s never even thought possible before. I was a private-sector guy my entire life, and all I ever heard about was how slow and pokey state government is, and I can understand why some of those stereotypes exist.

“But during Covid, we’ve been doing things faster in government than I could ever have dreamed of doing in the private sector. It’s been just an astounding group of people implementing their hearts into every bit of technology they can muster to try to save lives. Everyone uses technology every day and it’s so ubiquitous that sometimes they forget it’s there. And this year, we’ve seen a huge number of leaders realize the infrastructure behind the scenes is absolutely critical to their business.”

Shawn Riley is chief information officer for the State of North Dakota. 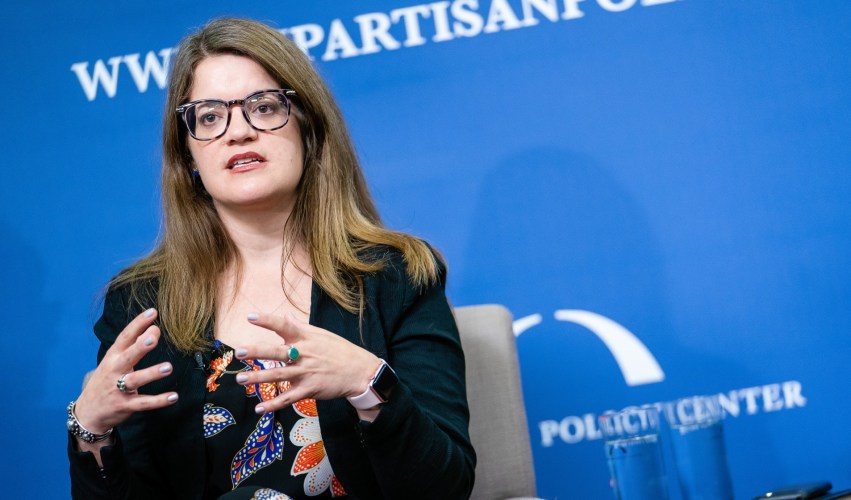 “Anybody who had experience in elections knew it was going to be difficult, with an unprecedented level of political challenges. Then Covid coming into the picture made it that much more difficult by several orders of magnitude. What I saw was a community of chief election officials who came together in very short order to work closely with each other to share best practices and help each other work through.

“We each get elected on a partisan ticket but we all try to be completely nonpartisan in our roles as chief election officials. How do we support each other while also being able to navigate our own political challenges? Not unless we can really come together to make the rhetoric around elections so much less partisan and toxic. I think this group of people more than any other professional public official organization appreciates the bipartisanship of the organization.”

Maggie Toulouse Oliver is secretary of state of New Mexico and president of the National Association of Secretaries of State. 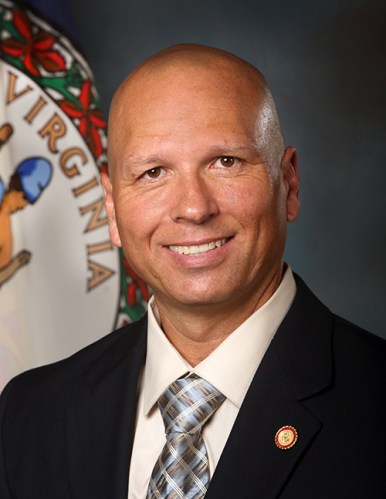 “The other work doesn’t stop. We didn’t drop everything just because of the pandemic — we picked up the pandemic along the way. The most important thing that we realized was that relationships make a difference.

“The relationships that we’ve been building over the past couple years in all the work that we’ve done have really played a critical role in our ability to execute, move fast and get things done on behalf of the governor and state leadership. If it wasn’t for those relationships, we wouldn’t have been able to run as fast as we have.”

Carlos Rivero is the chief data officer for the Commonwealth of Virginia. 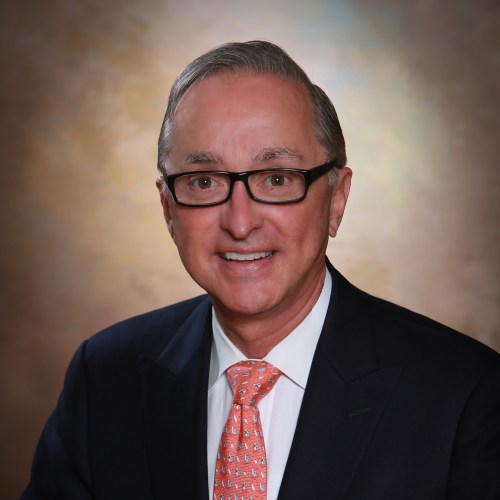 “I think more so now than ever before, the general public as well as public safety colleagues look at 911 on par with public safety services in general. I think it’s been moved up in stature because so much has depended on 911 in this COVID-19 world. Looking at the virtual workspace has become more of a reality and more of a priority in planning for COVID-19 and also for other things when they come down the road, whether it’s fires, hurricanes, earthquakes or other pandemics.

“Another thing is more and more emphasis is being placed on next-generation 911, in planning, the RFPs that have gone out. And in large part — not that it will be a workaround solution for a pandemic environment — but it enables a lot of flexibility in a pandemic environment by moving calls from one 911 center to another 911 center with all the accompanying data associated with that call. And that would certainly be beneficial in a world in which we’re living in today, with all its limitations and restrictions.” 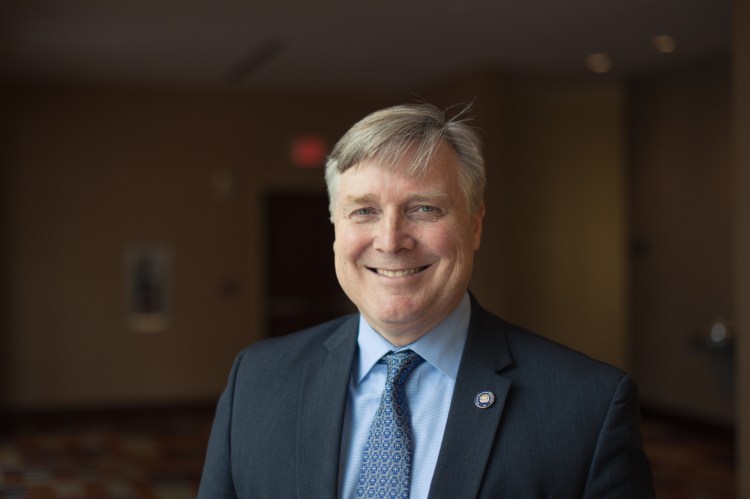 “The big takeaway was you can take all of your plans and intentions and goals at the beginning of the year and toss them out the window and start over. But really, we had a lot of great momentum on many projects and many of those projects worked well into the hand we got dealt, teleworking being one of those.

“We’re all-in on teleworking and we’re going to continue teleworking well into the future, even after the pandemic is over. We’re seeing a lot of benefits in our state with regard to air quality and congestion on the roads and our ability to recruit away from a physical workspace, so it opens some opportunities for rural parts of our state. We also learned about some of the holes we have in digital government where you’re challenged on trying to provide those services online and not in line.

“And when the pandemic hits, you really see what we missed because lines are forming and people are not taking advantage, or you haven’t provided the service online. So what we’re doing now is taking this opportunity on digital government to improve and perfect ourselves and deliver better services to the citizens.”

Mike Hussey is chief information officer for the State of Utah.