2021's top state IT innovations of the year

State governments are constantly updating their old technologies, exploring new uses of data and finding ways to streamline processes. At worst, these projects end up the subjects of audits, legislative hearings and scathing news reports. At best, they wind up here, highlighted as winners of StateScoop 50 Awards.

This week, we highlight the winners of the 2021 State IT Innovation of the Year awards. Representatives from the projects’ respective agencies explain their projects and why they matter. 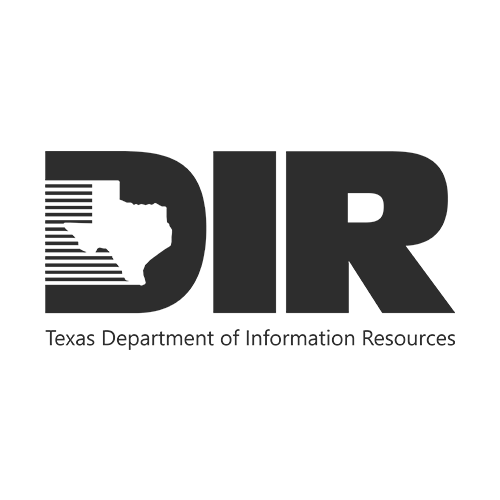 Responses were emailed by Krishna Edathil, director of enterprise solution services for AI and Cloud.

Will you expand your project?

We are developing use cases and success stories in all towers of artificial intelligence and are offering a growing portfolio of training to our customers. We believe this will provide immediate benefit to Texas’ public sector and help retain talent as well as attract a new generation of state government workforce.

What lesson will you take with you from the pandemic?

It proved government’s ability to pivot and scale. The sense of urgency enabled the expedited adoption and transformation of digital solutions. We saw business and technology come together to meet customer needs and get services into living rooms and on mobile phones as employees had to pivot to working from home. 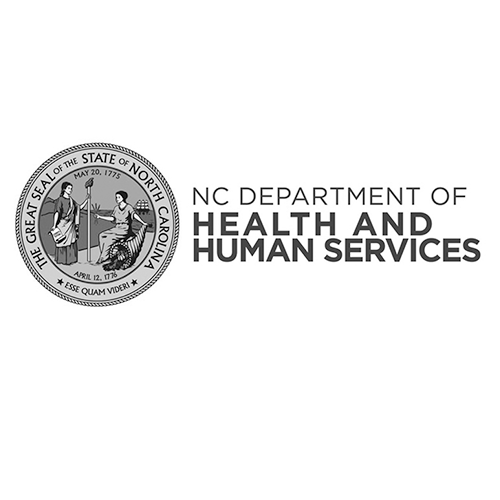 The business intelligence data platform is a location to bring multiple sources of data from systems both internal to DHHS and external, and bring those data into a common platform where they can be analyzed, looked at, brought together to inform and deliver information that is key to our business operations, whether that’s supporting the pandemic or supporting other areas of health and human services that we offer.

Can you speak to some of the feedback that demonstrated the project’s impact?

One of the initial impacts was around our collection and dissemination of information regarding bed availability across hospitals within the state of North Carolina. Prior to us implementing the BI data platform, a lot of that work was being done manually by a team that was spending two to four hours a day manually putting this information together and reporting that out, seven days a week. When we implemented the BI data platform, we provided an automated mechanism to consolidate and collect all those data. Then our data team was able to develop an automated dashboard to then report that out. We went from our manual reporting mechanism to an automated solution has saved probably 700 to 1,000 hours of someone’s manual labor, as well as just their quality of life.

What’s something you’d like to do to improve or expand your project?

While the platform has been very instrumental in as a tool in our work with the pandemic, the vision was for this to be a much broader tool, servicing all areas of the 30-plus divisions and offices of DHHS, as well as our external partners and being able to bring together those disparate sources of data to help provide rich repositories where data scientists and analysts to dig into and understand the data. 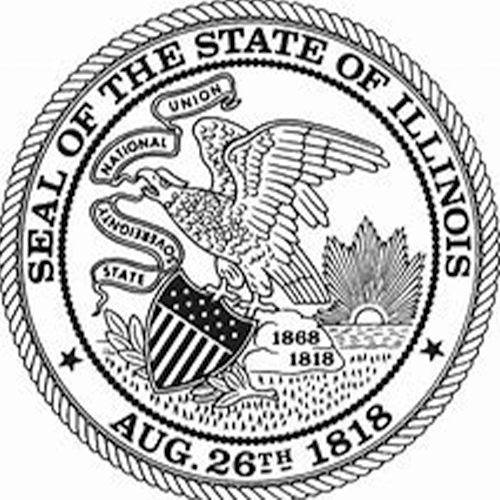 Responses by Brandon Ragle, chief of enterprise applications at the Illinois Department of Innovation and Technology.

The project itself was established to support COVID-19 contact tracing for the state of illinois. Contact tracing had been around for some time but not to the volume where it could accept the impact from the coronavirus that we were seeing. We established a solution that could be used for all 98 of our local health departments. For coordination efforts, data integrity efforts it was really to create that one big view to allow everyone to come in and roll it out as a program. So it wasn’t just technologies, but we rolled out program support, training, education, process support, with a technology stack behind that that really allowed our state to take a good hold on the data.

Will you expand your project?

It is not specifically just for COVID-19. We can use it for any other type of medical issues that require contact tracing. As well as we can extend this platform out to even get further into the Department of Public Health and assisting with immunization, vaccinations. It was really a base foundation and we have full intent and expectation to not only continue to use, but grow the effort. We’re still road-mapping out through this year with continued improvements.

What lesson will you take with you from the pandemic?

We have never really leveraged digital services as much as private sector and it’s exposed that tremendously. Contact tracing is one example of that. I’m not sure if we went to the business to talk about technology enhancements to that system prior to this, they may have said, nah, really don’t need it. But from this, to our websites, all our services that are online, moving them there is essential. We have to have a digital presence for everything. 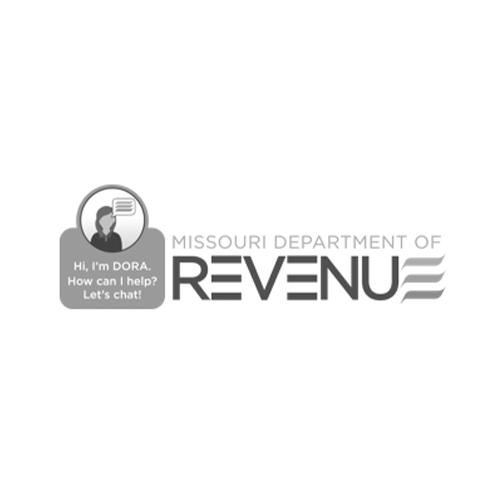 Responses by Ken Zellers, director of the Missouri Department of Revenue

What’s the best thing about your project?

Really what it all comes down to is customer service. The DORA chatbot provides our customers with a convenient 24/7 self-service option that they had not really had in the past. For the very first time, our customers can get assistance from any time, anywhere and there’s not a limit based on department hours. We on average at our call center receive more than 1.5 million calls each year and answering every call can be challenging at times. Instead of calling the department and possibly waiting on hold, customers can simply ask DORA and our call-center agents have time to assist customers with more complex matters.

Will the project be expanded?

What lesson will you take away from the pandemic?

We don’t know the meaning of the words “can’t be done.” The word “c-a-n-t,” we don’t use that in the Department of Revenue and the pandemic really enforced how critical it is that we never stop investing in technologies, like DORA, that enable us to continue operating and serving our customers even in the midst of the most challenging circumstances. 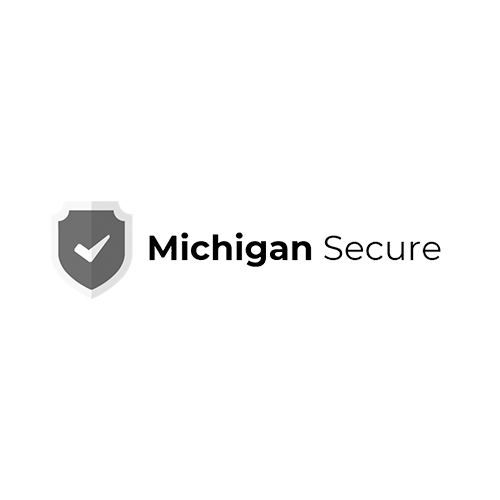 Michigan Secure is basically mobile end-point detection that does alerting to the user of that device when there’s risky activity. Oftentimes risky activity is behind the scenes, and isn’t easily detected by the user’s eye, so we wanted to be able to get a tool into the user’s hands so they get an alert when they’re connecting to a Wi-Fi or there’s something happening in the background of an application they downloaded, or if there’s a phishing or malicious link connected through an email. It doesn’t stop them from proceeding forward, but it does give them the information to decide whether it’s OK for them to proceed.

Do you know how many downloads you’ve had?

We did a soft launch earlier this year. We have just under 3,000 downloads right now, but we’re working on a communications process to get the information out into the public so there’s more awareness this tool is available to them.

Will you expand the project?

We’ve been having conversations around our small business association, as well as working with our Michigan Department of Education to get this into the hands of the schools to promote it to students. We’re trying to find interest groups that have a lack of funds to purchase a tool themselves, have a high likelihood they could be a target and getting that information into their hands to promote it. 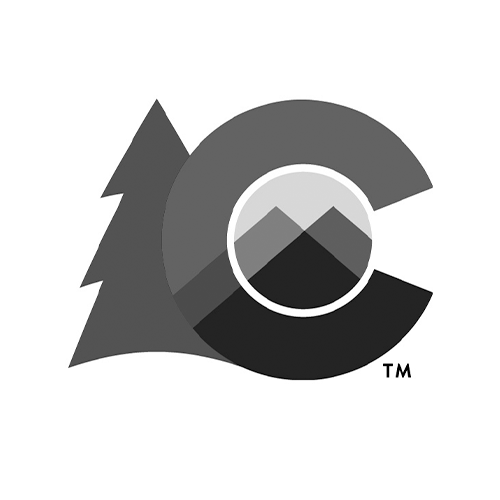 Responses by Matthew Bidwell, IT director at the Colorado Governor’s Office of Information Technology.

It was designed to replace the legacy unemployment systems, which were difficult for both employers and claimants to use. It was an old legacy COBOL system with a mainframe backend. Some of the benefits of replacing it were to increase stability, to make that new application mobile-accessible, to help eliminate a lot of manual processes and there’s a tremendous amount of annual cost avoidance. It also helps with recruiting and retaining resources to support and augment the system. As we all learned through the pandemic, it’s very difficult to find COBOL programmers. And from a claimants side, the new system is a vast improvement in responsiveness, to the ability to meet the claimant’s needs, and also eliminated a tremendous amount of manual workarounds that were having to be done with the old system.

What was the biggest challenge you faced in implementing this project?

As we were getting ready to go live in Q1 of last year, the pandemic came around, which created the need — with all of the various federal and state programs that were implemented due to COVID — to convert all that business logic into code and deploy all those programs. So the project itself was going very, very well, but when the CARES Act was signed by President Trump and then lost wage assistance, it impacted the launch of the program. Because for all of those various programs, the business rules had to be determined, and then all of that had to be coded into the system.

What are the next steps for the project?

The new system that’s coming at the end of this year is the employer side. The State of Colorado has roughly 194,000 employers, and we will be replacing the side that they work in to validate benefits and in all of the work that they have to do for unemployment insurance. We’ll probably kick that off later this year, and it’s likely to be an 18-month to two-year effort.