Meet the 2021 Local IT Innovation of the Year winners

StateScoop continues its coverage of the 2021 LocalSmart Awards with interviews of the localities honored for the Local IT Innovation of the Year awards.

City and County officials from around the country shared their projects, how they’re enabling the public to more easily do business with government and some of the lessons they learned along the way.

Reporting by Emily Bamforth and Colin Wood. Responses were edited for length and clarity. 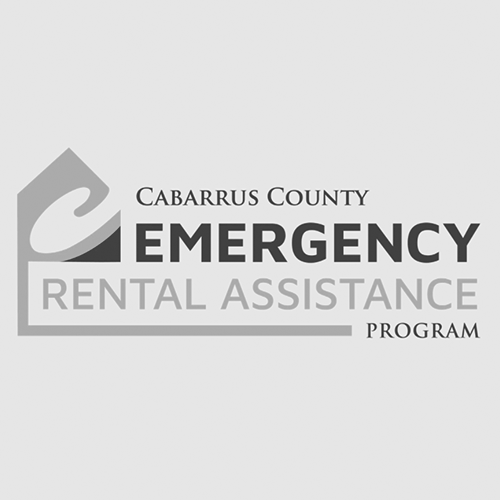 How has your chatbot improved operations?

We started out using a chatbot to do a pre-qualification for Emergency Rental Assistance funding. It asks the minimum qualifications to determine whether the applicant makes less than 80% of the area median income and to make sure that they have been affected by COVID and that has done a great job. We had probably over 1,000 submissions that were pretty much disqualified by the chatbot and that was important because we found that getting the applications in wasn’t the problem. Eligibility verification by social workers was a little bit of a bottleneck. So keeping those 1,000 applications out of the queue has really helped make sure that those who actually qualified are processed faster.

What have you learned about your residents through this project?

Instead of being faced with this humongous form and just being overwhelmed with all of the information that it looks like is required, it’s just kind of a back and forth, it’s a conversation. So depending on the answer, you may not need to answer questions five, six and seven, you might be able to skip down to 10. Being more of a conversation, I think, has really helped our end users.

I think we’ll continue to use Laserfiche forms and workflow for our enterprise workflow system to make those connections using APIs into other systems. With COVID, people learned how to use video, chat and chatbots a little more, making the government services more friendly and interactive and looking at simplifying those processes. I think the chatbot is a nice way to do that. 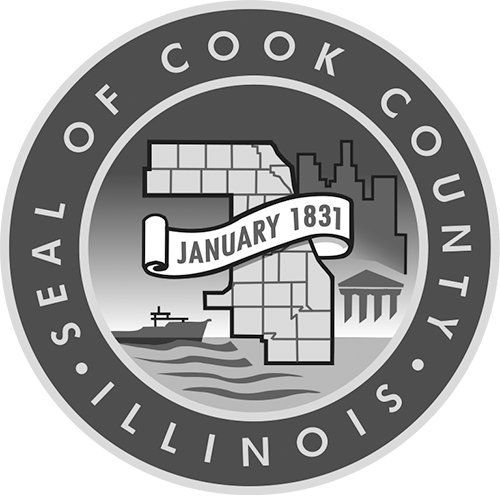 What kind of feedback are you getting on your project?

We did half our taxes a few years ago and then there was a delay and then it was just recently in July that we rolled out the remainder of our taxes. Some of our users have been in there for a few years using it, but the latest group what we’ve heard so far are things like, “It’s about time I can file electronically.” And, “I’m so glad to be able to pay electronically instead of having to send the check.” The self-service registration process, they seem to like that a lot. They’ve enjoyed so far getting electronic notices instead of paper notices, and probably most of all, it really comes down to the “I’m just so glad I can file electronically. I’m just so tired of having to do this on paper. Welcome to the 21st century.”

What lesson have you learned from this project?

Probably the biggest lesson is to communicate early and often and more often than you would think you need to communicate. For several months we would send out notices occasionally, the year before we sent out notices with their paper returns because we had to print all of our paper returns once a year. Two months out, there was a bit of a panic, in particular in one industry. Unfortunately, it was the car dealer industry. They are also our largest tax registration base for a single tax site, so when it came time to let them know they needed to switch, there was a big groundswell of, “You’re springing this on us, we need time to prepare.” We worked with the local National Automobile Dealers Association to get communication out and work through their issues and processes and things but we thought we had given them plenty of time, we thought we had communicated often enough. But in retrospect, it probably wouldn’t have been a bad idea to drop them a note literally every single month leading up from at least six months out.

We have two tax types that we have not migrated over yet and that was a conscious decision. Unlike the rest of our taxes, which are generally being filed by the business community, these two taxes are going to be filed and paid by individual residents. That is our wheel tax and the individual use tax. We do it through an antiquated back-end process that is going to get a whole lot better in our new system. 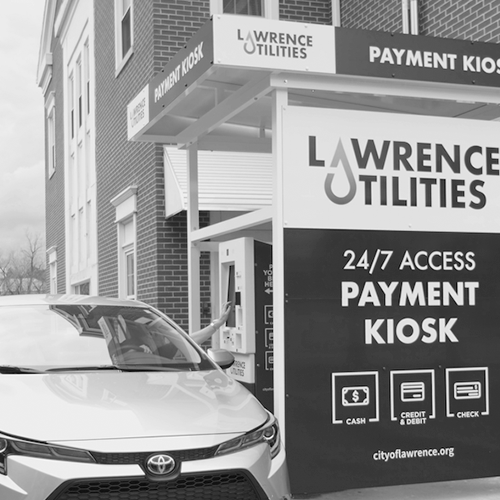 What drove this project?

We’ve always wanted to focus on the customers’ experience. We have a really large Spanish speaking population in Lawrence and we are actively recruiting people in our billing office that are bilingual. But in the meantime the kiosk was a great tool to have because it can do English or Spanish. Once we had the kiosk up and running, instead of focusing on just being a billing office, we can take a customer service approach and focus more on trying to satisfy our customers. So for us, that was huge, it really freed up some time in the office to manage those calls.

What have you learned about your residents through this project?

The key takeaway was no matter what the generation is — whether it’s someone from an extremely young tech-savvy generation or someone a little bit older who wants to use cash and check — when you give them the options and once they’ve been helped once or twice, generally speaking, everyone wants to do it on their own. Everyone’s pretty independent for the most part.

The statistic right now is 35-40% of our kiosk payments are all made outside of business office hours. So that’s people who would have either taken the day off or taken a lunch from work to come into the office and stand in line who were able to make a payment on their own time. I think that convenience has been pretty big for people. And a big thing we’re going to do is actually take our indoor unit and move it to a location that’s 24/7 accessible and have a 24/7 payment center. We’re in the works on that so that we have an indoor and outdoor unit 24/7 accessible. 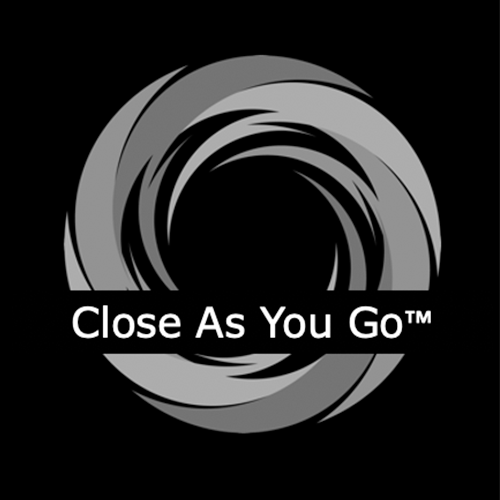 Close As You Go, Miramar, Fla.

How did this project begin?

As we continue to get more disasters on an annual basis it’s becoming a little bit overwhelming, especially making sure that we meet the compliance requirement for the federal assistance guidelines. And that’s when “Close As You Go” came into the picture. Basically what the program assists us on is making sure that all the documentation that we need for FEMA, pre-disaster, it actually meets compliance. We’re talking about invoices, checks, procurement process, debris, removal contracts, etcetera.

What lessons have you learned through the project?

It’s critical that we don’t get a reimbursement request sent back to us because we fail to provide supporting documentation, or we failed to validate X,Y and Z compliance to validate an invoice or proof of payment to validate that the contract was procured per the guidelines. Sometimes because we are not involved in the procurement process, a lot of things are not taken into account. By having all of those components uploaded into “Close As You Go” before any event occurred, it allows us to make sure that if we are not in compliance within a specific contract that we could go back to procurement and that bring that issue to the table. It erases a lot of questions ahead of the event.

Improvement would be ideal if we could connect our financial system with “Close As You Go” so that we don’t have to upload everything. That would be something that right now is not possible, as the systems do not communicate. We are also looking forward to some improvement on the debris removal side of it so that the vendor could upload loading tickets and some of the supporting documentation that is required for debris removal. 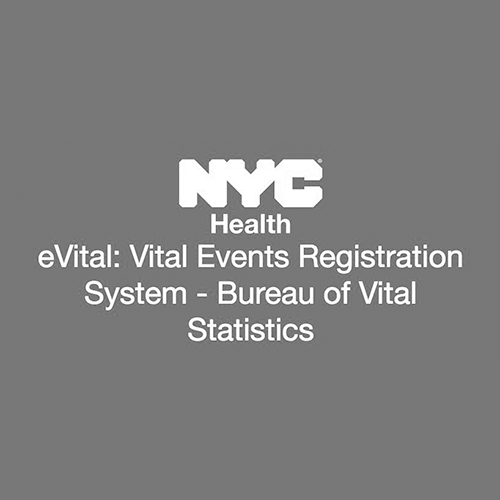 Responses by Gretchen Van Wye, assistant commissioner for the Bureau of Vital Statistics at the New York City Department of Health and Mental Hygiene.

EVital is a system that we launched in 2018 to facilitate the reporting of all births and deaths that occur in New York City. Also, it facilitates our own issuance to the general public of birth and death certificates. It’s something that was really tested during the COVID pandemic, and has performed really well.

What are the system’s strengths?

The strengths of the system are that it’s very flexible and people can access the system through mobile devices. And that’s really important for people who are in the field, like funeral directors and even medical providers. And we really leveraged that, through the COVID pandemic, especially. We built a mobile-enabled system and launched that in 2018, based on direct requests from providers, people who report data to us, especially the funeral director community. They love the mobile-enabled feature.

How is this data used by the city?

These data allow us to keep our finger on the pulse of what’s happening. At the most basic level in New York City in terms of public health, we know the number of births that are occurring as they’re occurring throughout the year. And then we receive a lot of information from each of those births so that we can monitor the health of our city. After we do data cleaning and analysis, we’re able to monitor infant mortality. And we can pull all of the death data that occurred in New York City. That was incredibly important for helping us respond to the pandemic. But it’s also important for us to be able to calculate things like the leading causes of death or the life expectancy in New York City, and it helps us as a health department plan our activities so that we are responsive to the most pressing concerns that our citizens face. 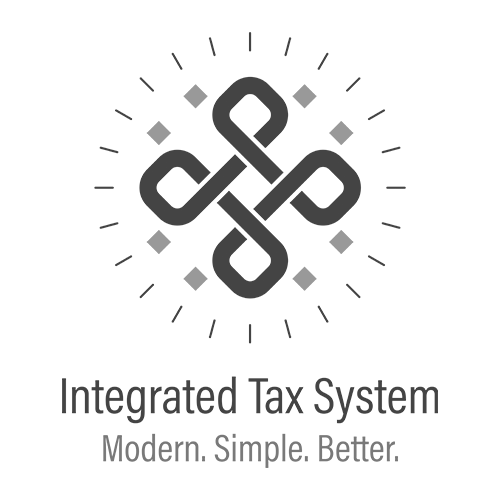 What’s the best outcome of your integrated tax system?

I think the best outcome is that now we have a system in place that employs best practices from revenue agencies around the country and around the world, and we can leverage those best practices to do our best at collecting revenue to fund essential services for the City of Portland. It really positions us well to improve our tax administration and it also positions us well to serve the customer, meaning the taxpayer. We have many more channels through which one can file their taxes.

What advice would you give to others looking to create a similar tool?

Really do your research for the solutions that are available on the market. One of my favorite sayings, popularized in my industry by the Federation of Tax Administrators, is “let no good idea go unstolen.” So figure out what is working elsewhere, take that, customize it to where you need it, but be sure to leverage the lessons that have been learned at other jurisdictions, especially in government work. It’s about using taxpayer dollars wisely.

My prediction for 2022 is that we will be clearly on the downslope of the pandemic and we will be entering a new hybrid work model now that the success of remote work has been overwhelming, especially for government workers, which had not necessarily adopted remote work very much before. Now we’ve got to figure out how to work hybrid, where people are learning to balance schedules both at home and the office. It’s going to be interesting to develop a successful collaborative environment where everyone is in a different mode.